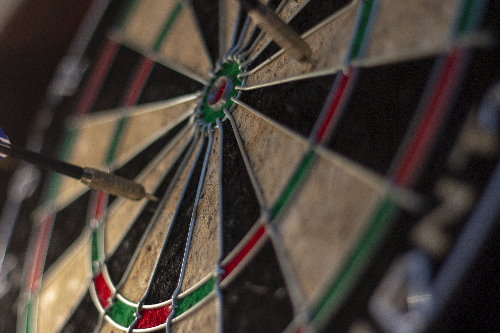 In principle this is correct, but this is far from how Monte Carlo integration is usually done in practice.

If you draw a box around your integrand, especially in high dimensions, it may be that nearly all your darts fall outside the region you’re interested in. For example, suppose you throw a billion darts and none land inside the volume determined by your integration problem. Then the point estimate for your integral is 0. Assuming the true value of the integral is positive, the relative error in your estimate is 100%. You’ll need a lot more than a billion darts to get an accurate estimate. But is this example realistic? Absolutely. Nearly all the volume of a high-dimensional cube is in the “corners” and so putting a box around your integrand is naive. (I’ll elaborate on this below. [1])

8 thoughts on “Integration by Darts”