As you may know, I live in the darkest region of the rainfall map below. 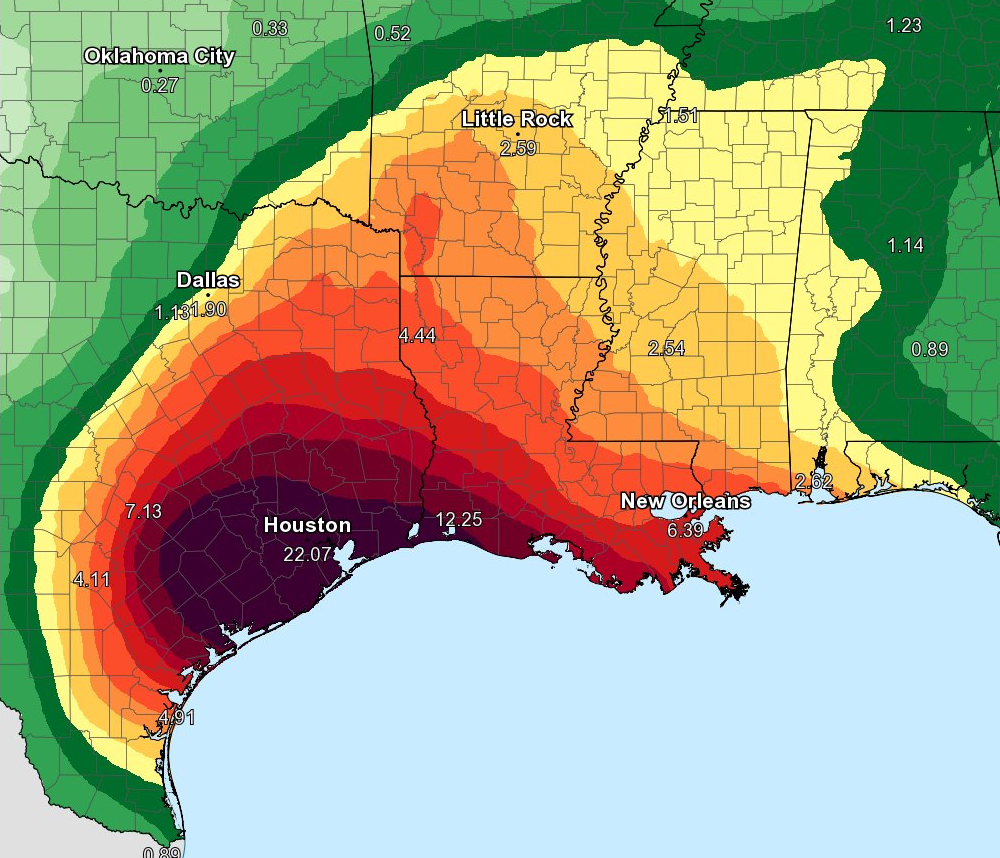 My family and I are doing fine. Our house has not flooded, and at this point it looks like it will not flood. We’ve only lost electricity for a second or two.

Of course not everyone in Houston is doing so well. Harvey has done tremendous damage. Downtown was hit especially hard, and apparently they are in for more heavy rain. But it looks like the worst may be over for my area.

Update (5:30 AM, August 28): More flooding overnight, some of it near by. We’re still OK. It looks like the heaviest rain is over, but there’s still rain in the forecast and there’s no place for more rain to go.

Houston has two enormous reservoirs west of town that together hold about half a billion cubic meters of water. This morning they started releasing water from the reservoirs to prevent dams from breaking.

Space City Weather has been the best source of information. The site offers “hype-free forecasts for greater Houston.” It’s a shame that a news source should have to describe itself as “hype-free,” but they are indeed hype-free and other sources are not.

Update (August 29): Looks like the heavy rain is over. We’re expecting rain for a few more days, but the water is receding faster than it’s collecting, at least on the northwest side.