Archaic measurement systems were much more complicated than the systems we use today. Even modern imperial units, while more complicated than metric (SI) units, are simple compared to say medieval English units. Why didn’t someone think of something like the metric system a thousand years ago? I imagine they did. I don’t think they were missing a key idea; I think they had different criteria. 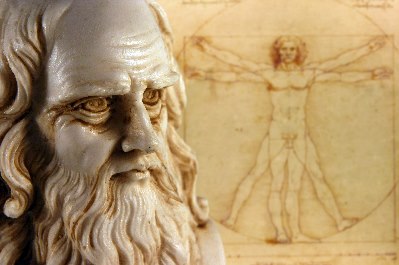 We look back and wonder why people would have, for example, unrelated units of length for measuring the lengths of different things. (Of course these units could be related, but they’re not simply related, not like multiplying by powers of 10.) You might ask a medieval peasant, for example, why cloth is measured in different units than the distance between villages. The peasant might look at you like you’re stupid. “Why would you want the same units for such different things? Are you wanting to buy enough cloth to line the road to the next village?!”

An acre was the amount of land a man could plow in one day. It was almost a unit of work rather than a unit of area. It was a very practical way to measure the size of a farm, and if it had a complicated relationship to, say, the unit of measurement for buying cloth, so be it.

Because the acre was based on the effort required to plow land, an acre was bigger in some regions than others [2]. We immediately think this is a horrible situation. But what did a medieval Scottish farmer care that an acre was a smaller unit in Scotland than in Ireland? Eventually this did get to be a problem, and the acre was standardized. Trade on a wider scale made standardization more important.

Why all these multiples of 2 or 3 between units rather than powers of 10? When you’re doing math in your head, or on paper with Roman numerals, small integer factors are nice to have.

Some traditional units must have seemed unnecessarily complicated even to contemporaries. These may have been the result of history. Two cultures come into contact and have to reconcile their units of measure. Or something about the world changes, such as wider trade mentioned above, making it necessary to compromise between what is familiar and what would be better going forward.

The metric system came out of the French Revolution. The revolutionaries weren’t concerned with history; they were prepared to blow up the world and start over. That didn’t work out well in most areas, but it did work out well for units of measure. The metric system (technically its successor SI) is now used around the world. [3]

[2] Episode 115 of The History of English Podcast has a good explanation of this and many other related topics.

8 thoughts on “In defense of complicated measurement systems”