In 1956, Thornton Fry wrote an article entitled “Mathematics as a Profession Today in Industry” [1]. The number of mathematicians working in industry had increased dramatically in the preceding few years, and Fry speculated on what the future might hold. 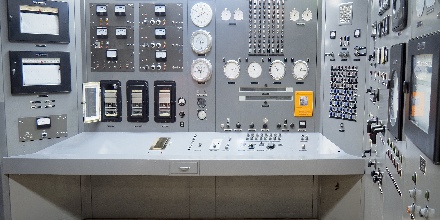 I expected the article might have a few amusing predictions, extrapolations from things that seemed important at the time that would now seem quaint. However, the article sticks to general principles and has held up well. The following excerpt is timeless.

The indispensable function of the mathematician is formulating problems, not solving them. … It is because the mathematician is expert in analyzing relations, in distinguishing what is essential from what is superficial in the statement of these relations, and in formulating broad and meaningful problems, that he has come to be an important figure in industrial research teams.

Emphasis added. (Fry emphasized the point as well by repeating it, but he didn’t typographically emphasize it.)

Fry speculated that in the next 50 years [2] the world would see things such as computational chemistry, low-temperature material science, and increased industrial automation. In one particularly prescient passage he envisions

… the creation of solid state devices such as ferrites, ferroelectrics, and transistors. The reliability and low wastage of power inherent in such devices will make it practicable to construct communication systems of capacity hitherto unknown, and control devices of almost fantastic complexity. One consequence will surely be decentralization in ways now scarcely dreamed of.

Toward the end of the article Fry discusses what sort of mathematician will be needed. He doesn’t discuss mathematical specializations such as probability or differential equations, but instead talks about the personality to be able work well as part of a team. He comes close to advocating for what is now called a T-shaped education, a broad knowledge of many areas and depth in one particular area.

[2] To be precise, Fry says he is looking 47 years into the future because that is when an 18 year old incoming freshman would turn 65 and retire. He was asking how to educate current students in a way that would serve them throughout their career.