where m is the month, d is the day, and y is the last two digits of the year.

The sum for today is unusually round: 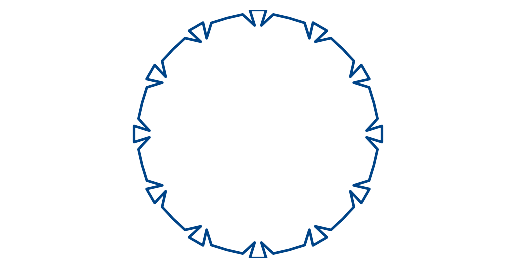 By contrast, the sum from yesterday is nowhere near round: 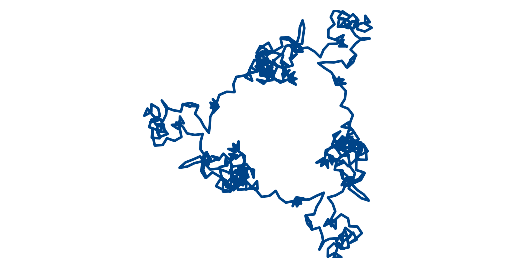 Out of curiosity, I looked at the numbers making up today’s sum. First, let’s look at the plot of today’s exponential sum with the axes. 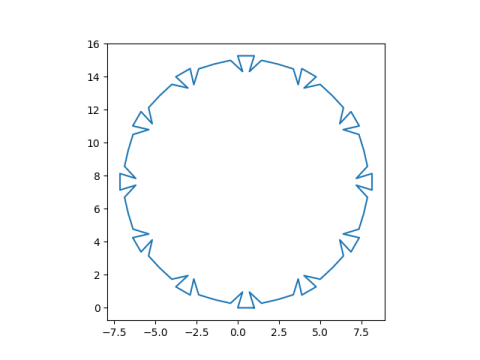 So the graph is not centered at the origin as you might implicitly expect. It does seem to be centered near zero on the real axis, but it’s centered somewhere near 8 on the imaginary axis.

If our graph is approximately a circle, its real and imaginary parts should be approximately sines and cosines. And that’s what we have. 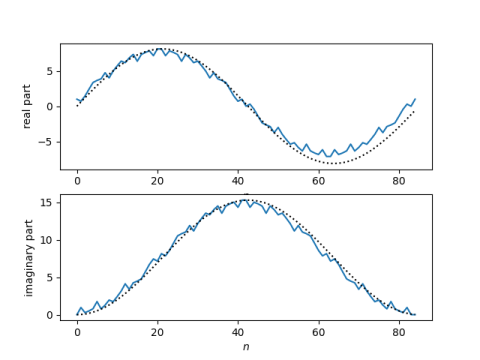 Going back to our original equation, we have empirically discovered that

Showing why the sum on the left should be roughly equal to the expression on the right is left as an exercise to the reader. :)

One thought on “Unusually round exponential sum”