Ronald Doerfler presents a simple approximation for the cosine of an angle in degrees in his book Dead Reckoning.

The approximation is good to about three digits for angles between 0° and 40°.

Although cosine is an even function, the approximation above is not, and the error is larger for negative angles. But there’s no need to use negative values since cos(-d) = cos(d). Just compute the cosine of the absolute value of the angle. 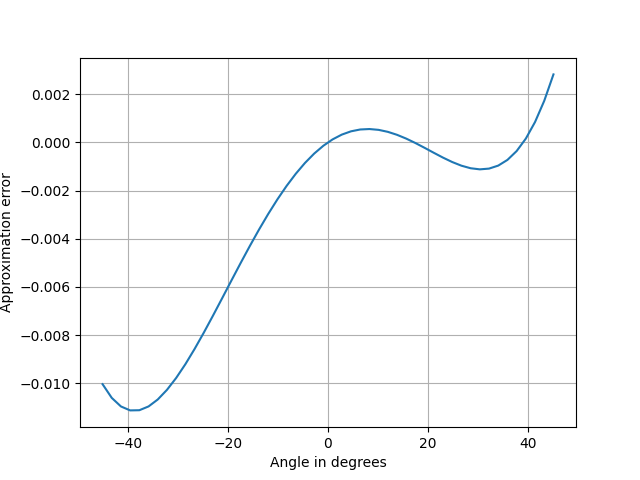 If we wanted to come up with a quadratic approximation for a computer rather than for a human, we could squeeze out more accuracy. The error curve over the interval [0, 40] dips down significantly more than it goes up. An optimal approximation would go up and down about the same amount.