I recently got an account for using OpenAI’s DALL-E 2 image generator. The example images I’ve seen are sorta surreal combinations of common words, and that made me think of the Major memory system.

I’ve written about the Major system before. For example, I give an overview here and I describe how to use it to memorize an ASCII table here. In a nutshell, there are consonant sounds associated with each digit. Choose constant sounds and add any vowel sounds you like to make words you can visualize.

There are a couple ways people use the Major system. One is simply to memorize numbers. Any encoding that leads to something you find easy to remember is OK. For example, suppose you want to encode 19. The consonant sounds for 1 are t, th, and d, and the consonant sounds for 9 are p and b. So you could encode 19 as adobe, Debbie, Ethiopia, tuba, etc.

The other way people use the Major system is to memorize specific pegs for numbers. For example, you might choose tuba as your peg for 19. To memorize a list, you associate each item with its peg, such as associating the 19th item with a tuba. Pegs have to be unique so you can pull up a particular mental image to call a list item, such as remembering what you associated with a tuba.

For example, suppose you wanted to memorize a list of the US presidents. The 19th president was Rutherford B. Hayes, and so you might want to imagine him playing a tuba. I uploaded a photo of Hayes and asked DALL-E to make him play a tuba. The software rejected my request, saying that realistic photos of persons are not allowed at this time. 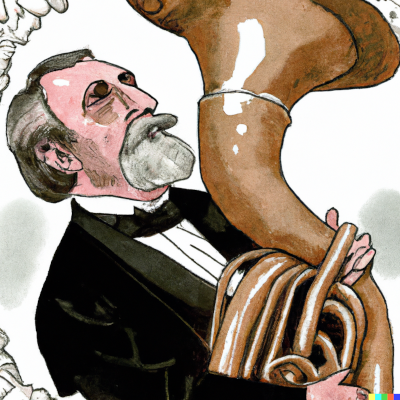 DALL-E knows about some people but not others. For example, it doesn’t know who Evariste Galois is, but apparently it has some idea who Rutherford B. Hayes is. When I asked for “Rutherford B. Hayes playing a tuba” it came back with the image above. 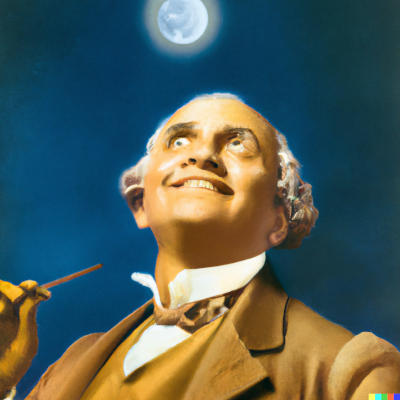 The only US president to serve two non-consecutive terms was Grover Cleveland, the 22nd and 24th president. I asked DALL-E for an image of Grover the Muppet holding an onion (22) in one hand and a wiener dog (24) in the other [1]. The result was not great. 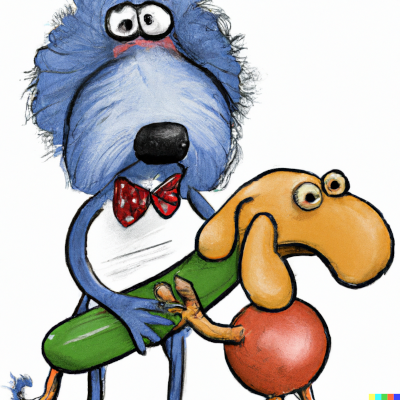 I thought Grover the Muppet would be more memorable than Grover Cleveland himself. But DALL-E did better with Mr. Cleveland. Maybe there’s some copyright issue with the muppets? 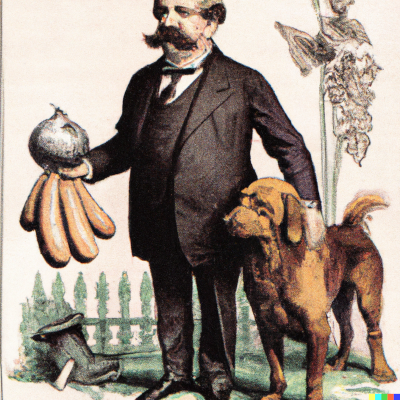 Well, he does have an onion, with something weird underneath. Bananas? Eggplant? Cow udders? And he has a dog, though not a wiener dog.

Creating your own mental images is far more efficient than having DALL-E come up with images for you, but the DALL-E images are useful examples of what you might imagine for yourself.

[1] The Major system doesn’t use w and so you can throw it in as you would a vowel. So wiener decodes as n and r, 24.

4 thoughts on “DALL-E 2 and mnemonic images”