The Bessel functions Jn for even n look something like the sinc function. How well can you approximate the former by sums of the latter? To make things concrete, we’ll approximate J2. Here’s a plot of J2. 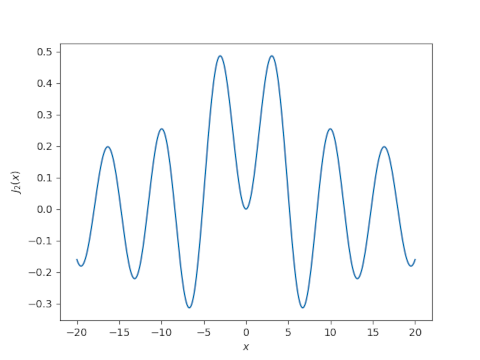 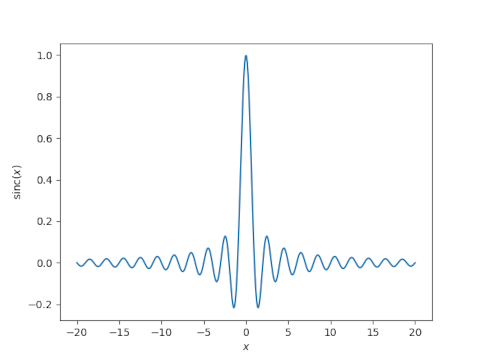 The sinc approximation for a function f(x) is given by

Sinc approximation can be remarkably accurate, nearly optimal in some sense.

The accuracy of the approximation increases as n gets larger and h gets smaller. We will fix n = 10. How should we pick h? The paper cited in this post suggests using

Let’s try that and see what happens. 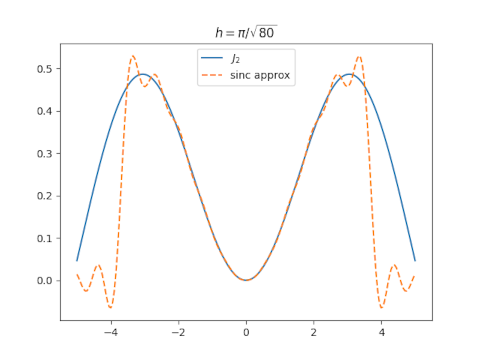 The approximation isn’t very good overall, though it’s excellent near 0. 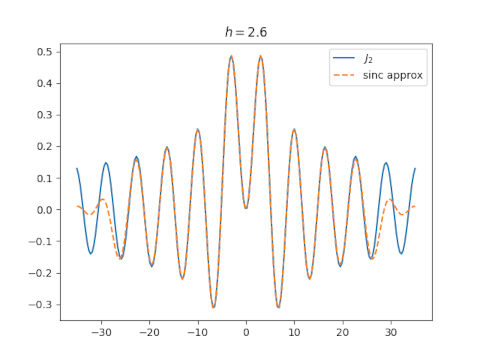