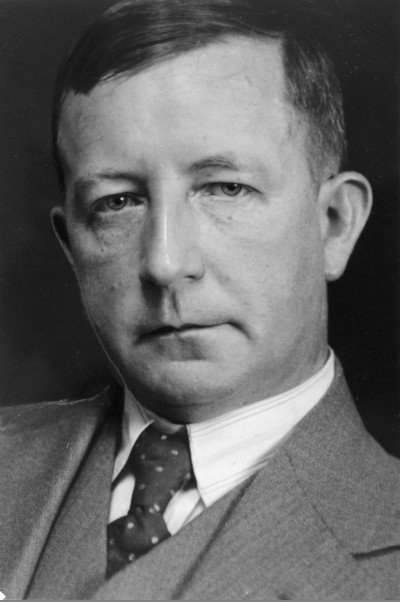 The photo above is Thoralf Skolem, Norwegian mathematician and author of Skolem normal form.

The only symbols in negation normal form are conjunction (∧), disjunction (∨), and negation (¬). Also, negation only applies to variables, i.e. not to a clause.

which is in negation normal form. Similarly,

is not in negation normal form because the negation operator is applied to more than a variable. But by De Morgan’s laws the expression is equivalent to

which again is in negation normal form.

A formula is in conjunctive normal form (CNF) if it is an AND of ORs. That is, it is the conjunction of terms containing only disjunctions of variables.

The formula above is equivalent to

which is in CNF.

The satisfiability problem (SAT) is NP-complete when clauses have three or more variables, but SAT is easy for expressions in conjunctive normal form. The catch is that the problem of putting a general expression in CNF is NP-complete.

from the section above.

A Boolean expression is in algebraic normal form if it consists of the constants 0 and 1, variables, XOR, and AND.

XOR is written with ⊕ and AND is written as multiplication, i.e. juxtaposition.

To put an expression in ANF, you can XOR with 1 to eliminate negation, i.e.

Also, you can eliminate ORs by using

A formula in predicate logic is in prenex normal form (PNF) if all the quantifiers come first. For example,

is in PNF as long as there are no quantifiers, no ∀ or ∃ operators, in the parenthesized part.

Blake canonical form (BCF) is a special case of disjunctive normal form. It too is a disjunction of clauses, but the clauses are required to be prime implicants.

Think of a logical formula as a Boolean function f. An implicant of f is a function g such that every choice of variable values that makes g return 1 also makes f return 1. A prime implicant is one that contains no unnecessary variables, i.e. if you remove any variable the function is no longer an implicant of f.