When you draw a tree of your ancestors, things quickly get out of hand. There are twice as many nodes each time you go back a generation, and so the size of paper you need grows exponentially. Things also get messy because typically you know much more about some lines than others. If you know much about your ancestry, one big tree isn’t going to work. There’s a simple solution to this problem, one commonly used in genealogy: assign everyone in the tree a number, starting with yourself as 1. Then follow two simple rules:

You can tell where someone fits into the tree easily from their number. Men have even numbers, women odd numbers. The number of someone’s child is half their number (rounding down if you get a fraction). For example, person 75 on your tree must be a woman. Her husband would be 74, her child 37, her father 150, etc.

Taking the logarithm base 2 tells you how many generations back someone is. That is, person n is ⌊ log2n ⌋ generations back. Going back to our example of 75, this person would be 6 generations back because log2 75 = 6.2288. (Here ⌊ x ⌋ is the “floor” of x, the largest integer less than x. Using the same notation, the child of n is ⌊ n/2 ⌋.)

This numbering system goes back to at least 1590. In that year Michaël Eytzinger published the chart in the image above, giving the genealogy of Henry III of France.

Austin Kleon on imitation and originality:

The Mathematics Genealogy Project keeps track mathematics PhD students and advisors. I was surprised to find that such information has been preserved for hundreds of years. I was able to trace my mathematical lineage back to Marin Mersenne (1588–1648) of Mersenne prime fame. I did my PhD under Ralph Showalter, who studied under Tsuan Wu Ting, and so on back to Siméon Poisson (1781–1840).

Update: Thanks to Frederik Hermans for creating a graph by crawling the Mathematics Genealogy Project site and using Graphviz. It’s too big to view as an ordinary image; the graph gets very bushy in the 16th century. Here’s a PDF version that lets you zoom in and out to see the whole thing. I was surprised to see Erasmus on the graph. I didn’t run across him when I was just clicking around the website. 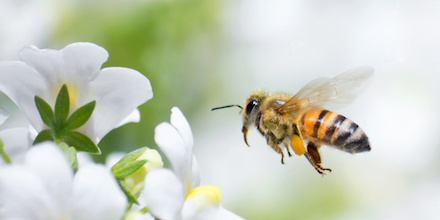 To summarize, B(1) = B(2) = 1, and B(n) + B(n+1) = B(n+2). These are the initial conditions and recurrence relation that define the Fibonacci numbers. Therefore the number of bees at level n of the tree equals F(n), the nth Fibonacci number.

This is a more realistic demonstration of Fibonacci numbers in nature than the oft-repeated rabbit problem.