In this post I interview GiveDirectly co-founder Paul Niehaus about charitable direct cash transfers and their empirical approach to charity. 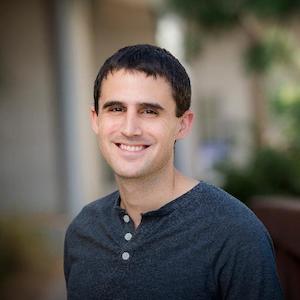 JC: Can you start off by telling us a little bit about Give Directly, and what you do?

PN: GiveDirectly is the first nonprofit that lets individual donors like you and me send money directly to the extreme poor. And that’s it—we don’t buy them things we think they need, or tell them what they should be doing, or how they should be doing it. Michael Faye and I co-founded GD, along with Jeremy Shapiro and Rohit Wanchoo, because on net we felt (and still feel) the poor have a stronger track record putting money to use than most of the intermediaries and experts who want to spend it for them.

JC: What are common objections you brush up against, and how do you respond?

PN: We’ve all heard and to some extent internalized a lot of negative stereotypes about the extreme poor—you can’t just give them money, they’ll blow it on alcohol, they won’t work as hard, etc. And it’s only in the last decade or so with the advent of experimental testing that we’ve build a broad evidence base showing that in fact quite the opposite is the case—in study after study the poor have used money sensibly, and if anything drank less and worked more. So to us it’s simply a question of catching folks up on the data.

JC: Why do you think randomized controlled trials are emerging in development economics just in the past decade or so when it has been a standard tool gold standard in other areas for much longer?

PN: I agree that experimental testing in development is long overdue. And to be blunt, I think it came late because we worry more about getting real results when we’re helping ourselves than we do when we’re helping others. When it comes to helping others, we get our serotonin from believing we’re making a difference, not the actual difference we make (which we may never find out, for example when we give to charities overseas). And so it’s tempting to succumb to wishful thinking rather than rigorous testing.

JC: What considerations went into the design of your pending basic income trial? What would you have loved to do differently methodologically if you had 10X the budget? 100X?

PN: This experiment is all about scale, in a couple of ways. First, there have been some great basic income pilots in the past, but they haven’t committed to supporting people for more than a few years. That’s important because a big argument the “pro” camp makes is that guaranteeing long-term economic security will free people up to take risks, be more creative, etc.—and a big worry the “con” camp raises is that it will cause people to stop trying. So it was important to commit to support over a long period. We’re doing over a decade—12 years—and with more funding we’d go even longer.

Second, it’s important to test this by randomizing at the community level, not just the individual level. That’s because a lot of the debate over basic income is about how community interactions will change (vs purely individual behavior). So we’re enrolling entire villages—and with more funding, we could make that entire counties, etc. That lets you start to understanding impacts on community cohesion, social capital, the macroeconomy, etc.

JC: In what ways do you think math has served as a good or poor guide for development economics over the years?

PN: I think the far more important question is why has math—and in particular statistics—played such a small role in development decision-making, while “success stories” and “theories of change” have played such large ones.

JC: Can you say something about the efficiency of GiveDirectly?

PN: What we’ve tried to do at GD is, first, be very clear about our marginal cost structure—typically around 90% in the hands of the poor, 10% on costs of enrolling them and delivering funds; and second, provide evidence on how these transfers affect a wide range of outcomes and let donors judge for themselves how valuable those outcomes are.

JC: What is your vision for a methodologically sound poverty reduction research program? What are the main pitfalls and challenges you see?

PN: First, we need to run experiments at larger scales. Testing new ideas in a few villages, run by an NGO, is a great start, but it’s not always an accurate to guide to how an intervention will perform when a government tries to deliver it nation-wide, or how doing something at that scale will affect the broader economy (what we call “general equilibrium effects”). I’ve written about this recently with Karthik Muralidharan based on some of our recent experiences running large-scale evaluations in India.

Second, we need to measure value created for the poor. RCTs tell us how an intervention changes “outcomes,” but not how valuable those outcomes are. That’s fine if you want to assign your own values to outcomes—I could be an education guy, say, and care only about years of formal schooling. But if we care at all about the values and priorities of the poor themselves, we need a different approach. One simple step is to ask people how much money an intervention is worth to them—what economists call their “willingness to pay.” If we’re spending $100 on a program, we’d hope it’s worth at least that much to the beneficiary. If not, begs the question why we don’t just give them the money.

JC: What can people do to help?

PN: Lots of things. Here are a few:

Related post: Interview with Food for the Hungry CIO

One thought on “Data-driven charity”