I’ve written before about a knight’s random walk on an ordinary chess board. In this post I’d like to look at the generalization to three dimensions (or more). 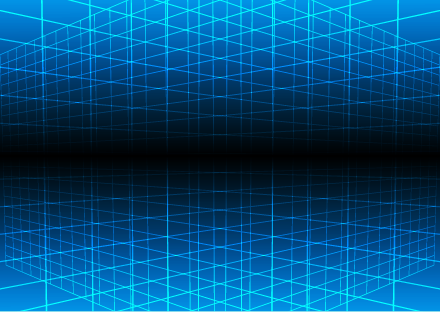 So what do we mean by 3D chess? For this post, we’ll have a three dimensional lattice of possible positions, of size 8 by 8 by 8. You could think of this as a set of 8 ordinary chess boards stacked vertically. To generalize a knight’s move to this new situation, we’ll say that a knight move consists of moving 2 steps in one direction and 1 step in an orthogonal direction. For example, he might move up two levels and over one position horizontally.

As described in the post about the two dimensional problem, we can find the average return time using a theorem about Markov chains.

The problem reduces to counting N and k. This is tedious in two dimensions, and gets harder in higher dimensions. Rather than go through a combinatorial argument, I’ll show how to compute the result with a little Python code.

To count the number of edges N, we’ll add up the number of edges at each node in our graph, and then divide by 2 since this process will count each edge twice. We will iterate over our lattice, generate all potential moves, and discard those that would move outside the lattice.

This tells us that there are N = 4,032 nodes in our graph of possible moves. The number of starting moves k depends on our starting point. For example, if we start at a corner, then we have 6 possibilities. In this case we should expect our knight to return to his starting point in an average of 2*4032/6 = 1,344 moves.

We can easily modify the code above. To look at different size lattices, we could change all the 8’s above. The function legal would need more work if the lattice was not the same size in each dimensions.

We could also look at four dimensional chess by adding one more range to the position loop and changing the combinations to come from range(4) rather than range(3). In case you’re curious, in four dimensions, the graph capturing legal knight moves in an 8 by 8 by 8 by 8 lattice would have 64,512 edges. If our knight started in a corner, he’d have 12 possible starting moves, so we’d expect him to return to his starting position on average after 5,275 moves.