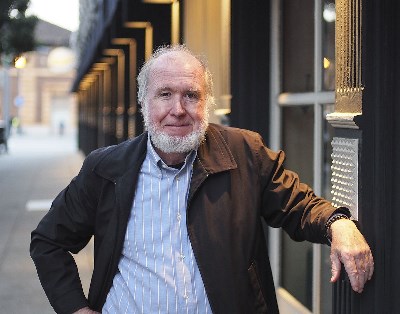 Kevin Kelly is one of the most optimistic people writing about technology, but there’s a nuance to his optimism that isn’t widely appreciated.

Kelly sees technological progress as steady and inevitable, but not monotone. He has often said that new technologies create almost as many problems as they solve. Maybe it’s 10 steps forward and 9 steps back, but as long as the net motion is forward, progress accumulates.

A naive form of technological optimism believes that everything is getting better every day in every way for everyone, and to suggest otherwise is heresy. Kevin Kelly has been called a “wild-eyed optimist,” but even he is not a dogmatic optimist on a micro scale.

Even if most people believe an innovation is an improvement by the criteria they care most about, that doesn’t mean it’s an improvement for every purpose. You’re not a Luddite just because you think Version 8 of some software package was better than Version 9 for some task.

Photo of Kevin Kelly by Christopher Michel [CC BY 2.0] via Wikipedia.