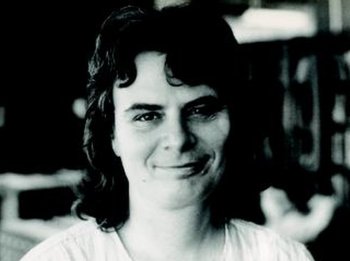 I had a course from Karen Uhlenbeck in graduate school. She was obviously brilliant, but what I remember most from the class was her candor about things she didn’t understand. She was already famous at the time, having won a MacArthur genius award and other honors, so she didn’t have to prove herself.

When she presented the definition of a manifold, she made an offhand comment that it took her a month to really understand that definition when she was a student. She obviously understands manifolds now, having spent her career working with them.

I found her comment about extremely encouraging. It shows it’s possible to become an expert in something you don’t immediately grasp, even if it takes you weeks to grok its most fundamental concept.

Photo of Karen Uhlenbeck in 1982 by George Bergman [GFDL], via Wikimedia Commons

One thought on “A genius can admit finding things difficult”