I’ve been getting a lot of spam lately saying my website does not rank well on “certain keywords.” This is of course true: no website ranks well for every keyword.

I was joking about this on Twitter, saying that my site does not rank well for women’s shoes, muscle cars, or snails because I don’t write about these topics. J. D. Long replied saying I should write more about muscle cars.

My first thought was to do an example drawing a Shelby Cobra with cubic splines. This would not be such an artificial example. Mathematical splines are named after physical splines, devices that have been used in designing, among other things, cars.

Instead, I downloaded an image of a Shelby Cobra from Wikipedia 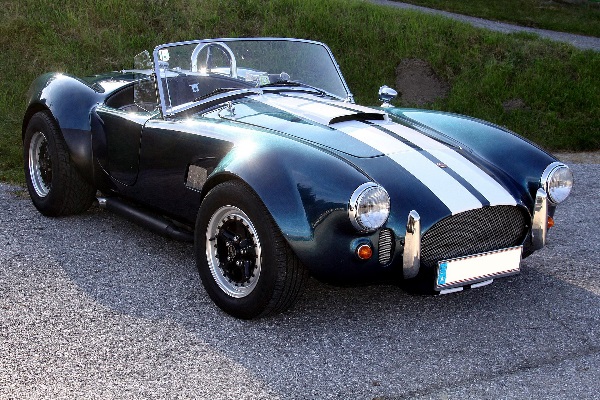 and played with it in Mathematica. Specifically, I applied a Sobel filter which you can think of as a kind of derivative, looking for edges, places where the pixel values have a sharp change. 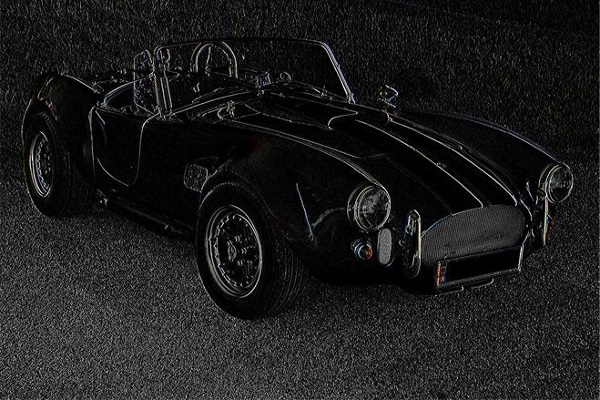 Here’s the same image with the colors reversed. 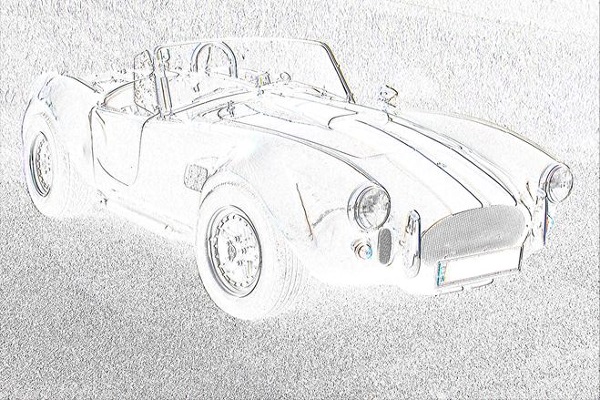 Here’s the Mathematica code to do the edge detection.