David Bressoud has written a new book entitled Calculus Reordered: A History of the Big Ideas. He presents the major themes of calculus in historical order, which is very different from the order in which it is now taught. We now begin with limits, then differentiation, integration, and infinite series. Historically, integration came first and the rigorous definition of limits came last.

I wanted to quote a short excerpt from the book discussing a manuscript of Archimedes. In 1906, Johan Heiberg discovered that a medieval prayer book had recycled vellum that had contained an account of the methods used by Archimedes to compute areas and volumes, a sort of proto-calculus book. Researchers were able to reconstruct much of the original text that had been scraped off in order to reuse the vellum.

In 2003 a NOVA documentary speculated that calculus could have been developed centuries earlier had the manuscript not been lost, and that technology would be far ahead of where it is now, and that “We could have been on Mars today.”

Bressoud does not agree.

That is nonsense. As we shall see, Archimedes’ other works were perfectly sufficient to lead the way toward the development of calculus. The delay was not caused by an incomplete understanding of Archimedes’ methods but by the need to develop other mathematical tools. In particular, scholars needed the modern symbolic language of algebra and its application to curves before they could make substantial progress toward calculus as we know it. 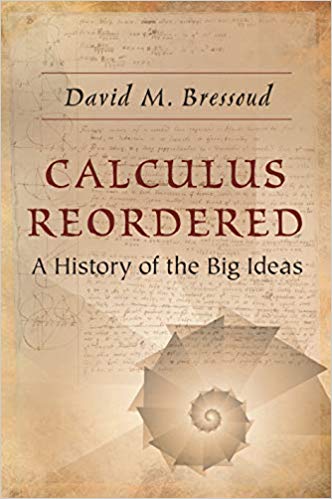