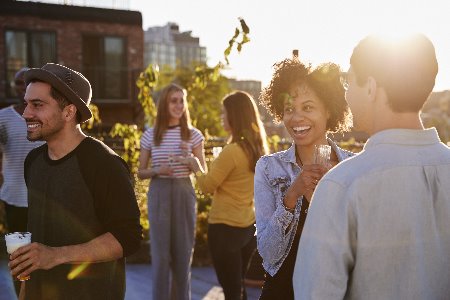 In a group of 30 people, it’s likely that two people have the same birthday. For a group of 23 the probability is about 1/2, and it goes up as the group gets larger.

In a group of a few dozen people, it’s unlikely that anyone will have a particular birthday, but it’s likely that two people will have the same birthday. This makes a good party trick, but it’s much more than a party trick. It illustrates a general principle that comes up frequently in applications.

What are other examples of mathematical party tricks that illustrate an important principle in applications? I’m sure there are others, but the birthday problem is the first one that comes to mind.