Here’s a silly graph by Richard West with a serious point. States with longer names tend to have higher covid19 mortality. Of course no one believes there’s anything about the length of a state’s name that should impact the health of its residents. The correlation is real, but it’s a coincidence.

The variation between mortality in different states is really large. Something caused that, though not the length of the names. But here’s the kicker: you may come up with an explanation that’s much more plausible than length of name, and be just as wrong. Discovering causation is hard work, much harder than looking for correlations. 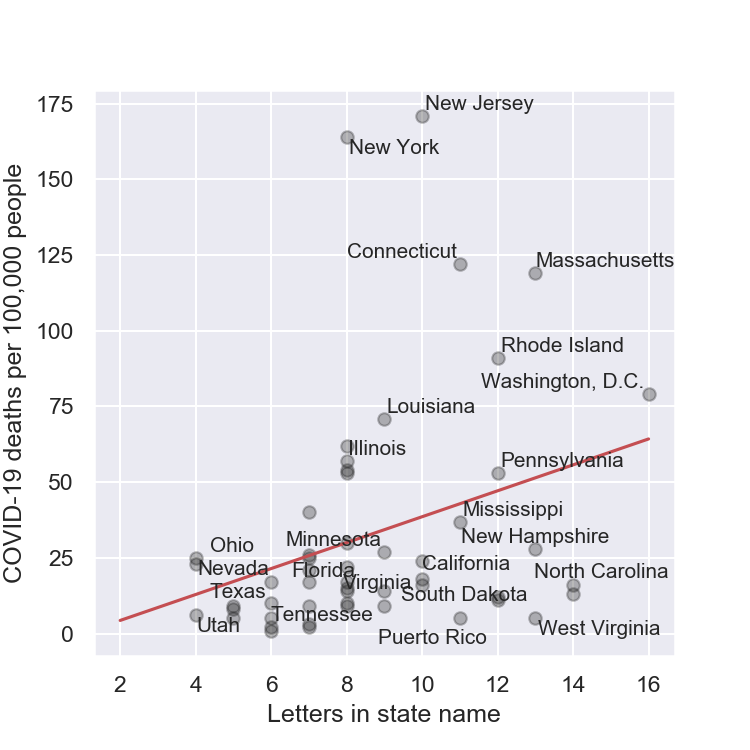