I was explaining to someone this evening that I’m in the habit of saying “bang” rather than “exclamation point.” Here’s a list of similar nicknames for symbols.

These nicknames could complement the NATO phonetic alphabet if you needed to read symbols out loud, say over the phone. You might, for example, pronounce “HL&P” as “Hotel Lima Pretzel Papa.”

Or you might use them to have one-syllable names for every symbol. This is a different objective than maximizing phonetic distinctiveness. For example, referring to # and $ as “hash” and “cash” is succinct, but could easily be misheard.

You could also optimize for being clever. Along those lines, I like the idea of pronouncing the symbols ( and ) as “wane” and “wax”, by analogy with phases of the moon, though this would be a bad choice if you want to be widely and quickly understood.

Even if someone understood the allusion to lunar phases, and they knew which one looks like an opening parenthesis and which one looks like a closing parenthesis, they might get your meaning backward because they don’t live in the same hemisphere you do! I implicitly assumed the perspective of the northern hemisphere in the paragraph above. Someone from the southern hemisphere would understand “wane” to mean ) and “wax” to mean (. 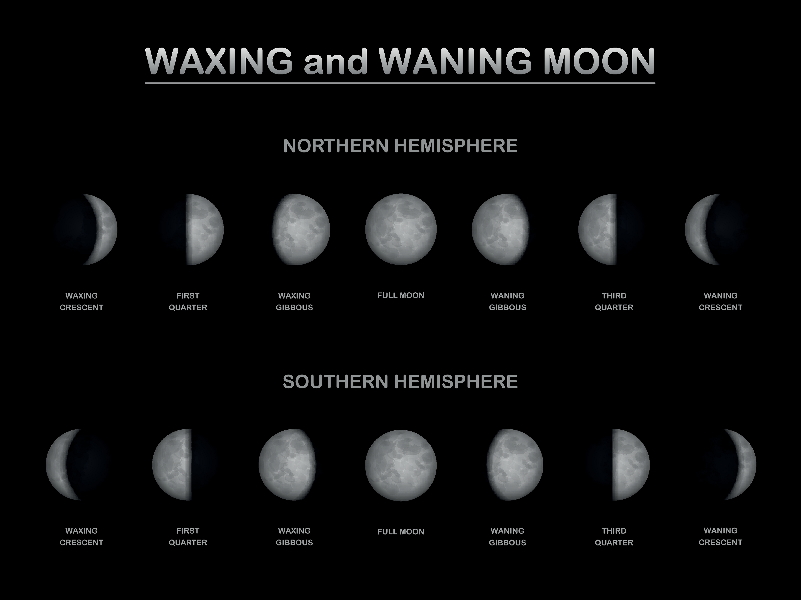