A couple special cases may use different notation.

In Python you can compute σk(n) using divisor_sigma from SymPy. You can get a list of the divisors of n using the function divisors, so the bit of code below illustrates that divisor_sigma computes what it’s supposed to compute.

The Wikipedia article on σk gives graphs for k = 1, 2, and 3 and these graphs imply that σk gets smoother as k increases. Here is a similar graph to those in the article. 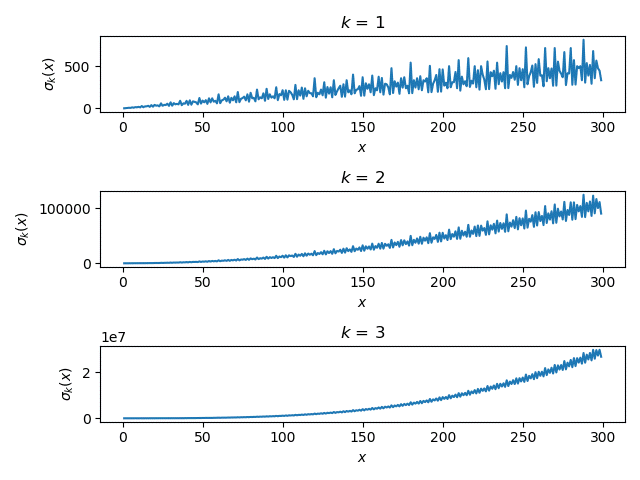 The plots definitely get smoother as k increases, but the plots are not on the same vertical scale. In order to make the plots more comparable, let’s look at the kth root of σk(n). This amounts to taking the Lebesgue k norm of the divisors of n. 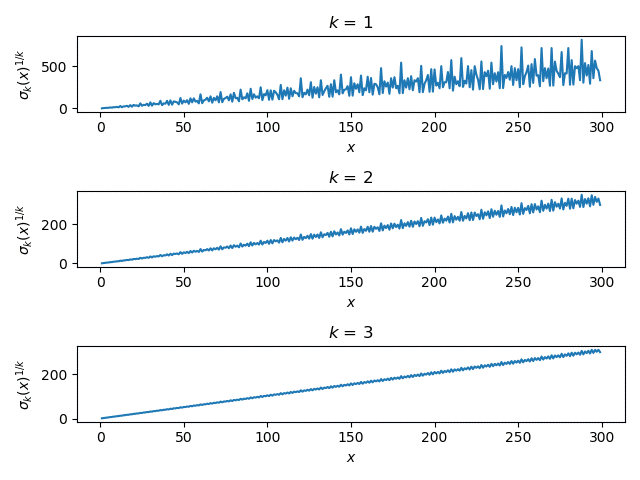 Now that the curves are on a more similar scale, let’s plot them all on a single plot rather than in three subplots. 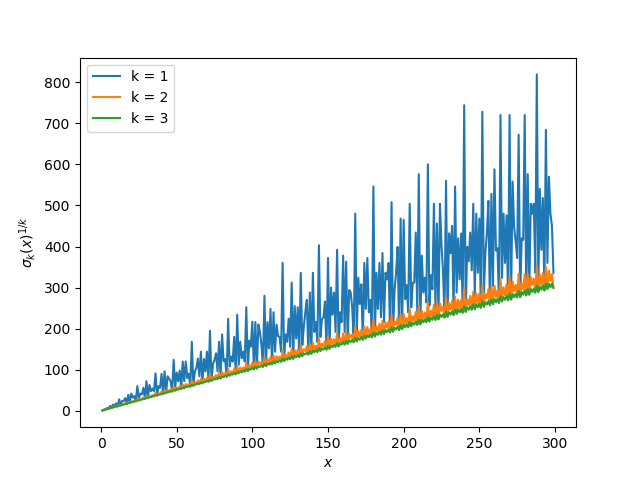 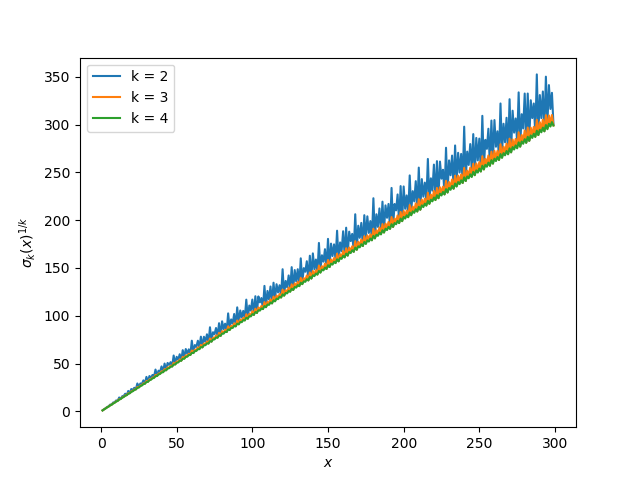 2 thoughts on “Sum of divisor powers”