A “rose” in mathematics is typically a curve with polar equation

where k is a positive integer. If k is odd, the resulting graph has k “petals” and if k is even, the plot has 2k petals.

Sometimes the term rose is generalized to the case of non-integer k. This is the sense in which I’m using the phrase “rational rose.” I’m not referring to an awful piece of software by that name [1]. This post will look at a particular rose with k = 2/3.

and gave the plot below. 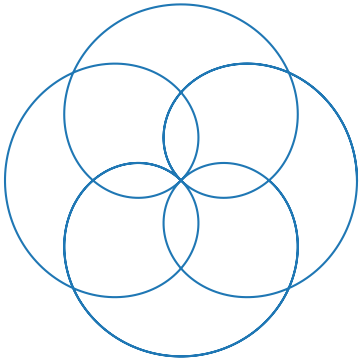 Unlike the case where k is an integer, the petals overlap.

The graph above has radius 1 since cosine ranges from -1 to 1. The curve is made of arcs that are approximately circular, with the radius of these approximating circles being roughly 1/2, sometimes bigger and sometimes smaller. So we would expect the curvature to oscillate roughly around 2. (The curvature of a circle of radius r is 1/r.)

The curvature can be computed in Mathematica as follows.

A plot shows that the curvature does indeed oscillate roughly around 2. 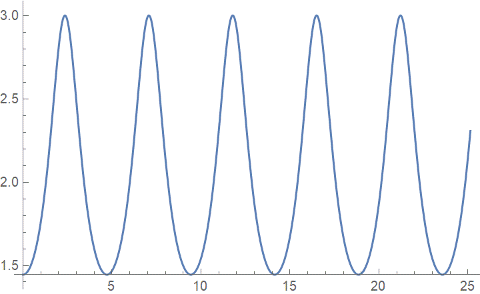 The maximum curvature is 3 and occurs at the origin. There the curve is approximately a circle of radius 1/3.

To make the plot we’ve been focusing on, I plotted

in Mathematica, but in matplotlib I had to plot

In both cases, θ runs from 0 to 8π. To highlight the differences in the way the two applications make polar plots, let’s plot over 0 to 2π with both. 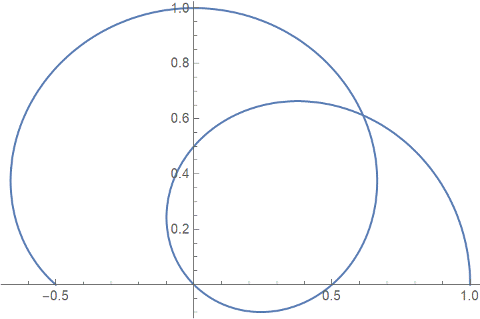 Matplotlib produces something very different. It handles negative r values by moving the point r = 0 to a circle in the middle of the plot. Notice the r-axis labels at about 22° running from -1 to 1. 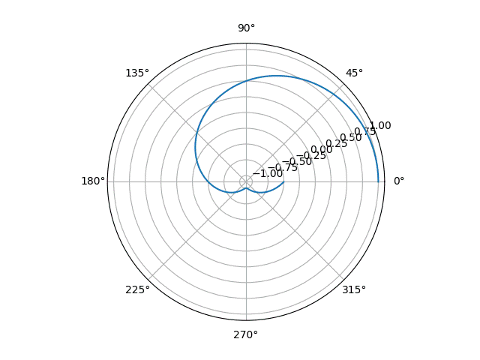 Note that in this particular example, taking the absolute value of the function being plotted was enough to make matplotlib act like I expected. That’s only happened true when plotted over the entire range 0 to 8π. In general you have to do more work than this. If we insert absolute value in the plot above, still plotting from 0 to 2π, we do not reproduce the Mathematca plot. 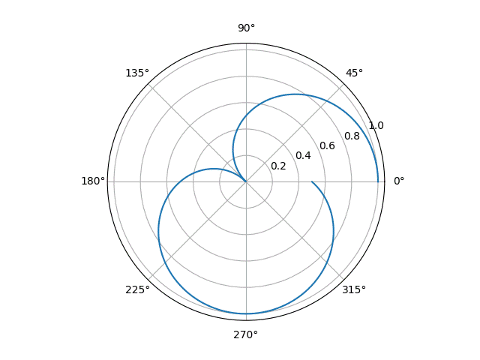 [1] Rational Rose was horribly buggy when I used it in the 1990s. Maybe it’s not so buggy now. But I imagine I still wouldn’t like the UML-laden style of software development it was built around.

2 thoughts on “Playing around with a rational rose”