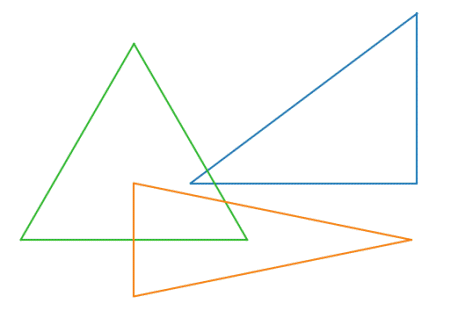 The authors in [1] developed an algorithm for finding T(N). The following Python code is a direct implementation of that algorithm.

If you’re running a version of Python that doesn’t support type hinting, just delete the :int in the function signature.

Since this is a recursive algorithm, we should convince ourselves that it terminates. In the branch for even N, the number R is an even number between 4 and 14 inclusive, and so it’s in the base_cases dictionary.

In the odd branch, we recurse on N+3, which is a little unusual since typically recursive functions decrease their argument. But since N is odd, N+3 is even, and we’ve already shown that the even branch terminates.

First, the numerator is indeed divisible by 48. N is congruent to R mod 12 by construction, and so N – M is divisible by 12. Furthermore,

So if (N² – R²)/48 is an integer, why did I write Python code that implies that I’m taking the integer part of the result? Because otherwise the code would sometimes return a floating point value. For example, T(13) would return 5.0 rather than 5. 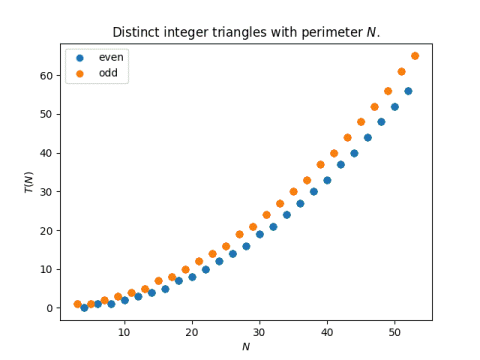 One thought on “Counting triangles with integer sides”