It occurred to me recently that a problem I solved numerically years ago could be solved analytically, the problem of determining beta distribution parameters so that the distribution has a specified mean and variance. The calculation turns out to be fairly simple. Maybe someone has done it before.

The beta distribution has two positive parameters, a and b, and has probability density proportional to [1]

The mean of a beta(a, b) distribution is

and the variance is

As we will see shortly, these two necessary conditions for a solution are also sufficient.

Graphically, we want to find the intersection of a line of constant mean 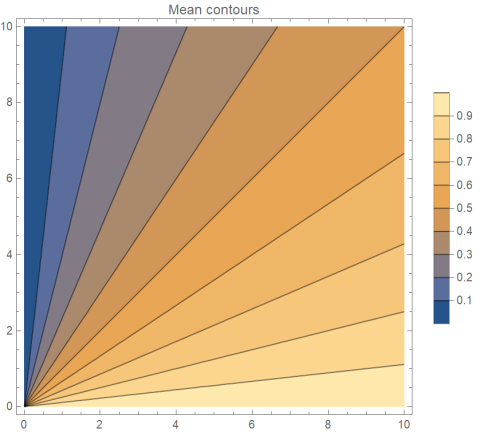 with a line of constant variance. 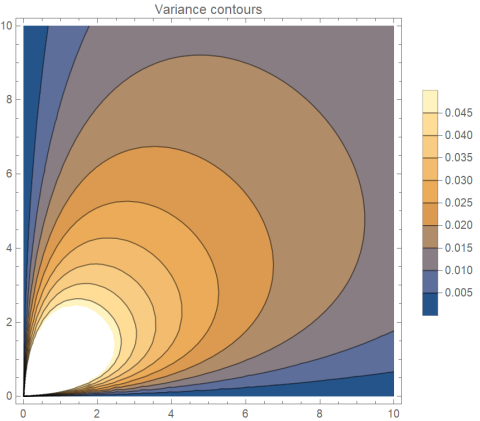 Note that the scales in the two plots differ.

and from there solve for a:

Here is a little code to check for errors in the derivation above. It generates μ and σ² values at random, solves for a and b, then checks that the beta(a, b) distribution has the specified mean and variance.

One thought on “Beta distribution with given mean and variance”