In a paper on arXiv Simon Plouffe gives the formula

which he derives from an equation in Abramowitz and Stegun (A&S).

It took a little while for me to understand what Plouffe intended. I don’t mean my remarks here to be criticism of the author but rather helpful hints for anyone else who might have difficulty reading the paper. 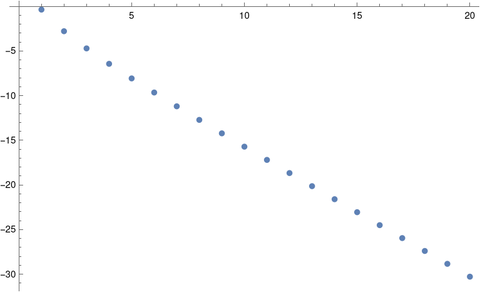 This plot was produced with the following Mathematica code.