Someone mailed me this afternoon asking if I knew what function was graphed on the cover of Abramowitz and Stegun’s famous Handbook of Mathematical Functions.

Here’s a close-up of the graph from a photo of my copy of A&S. 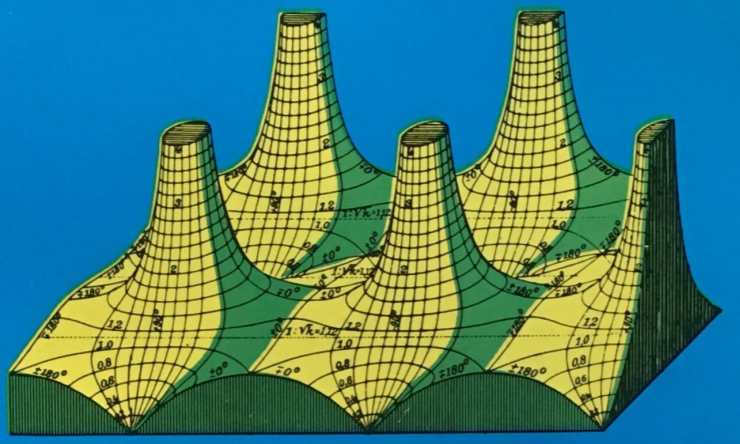 This was my reply.

It looks like a complex function of a complex variable. I assume the height is the magnitude and the markings on the graph are the phase. That would make it an elliptic function because it’s periodic in two directions.

It has one pole and one zero in each period. I think elliptic functions are determined, up to a constant, by their periods, zeros, and poles, so it should be possible to identify the function.

In fact, I expect it’s the Weierstrass p function. More properly, the Weierstrass ℘ function, sometimes called Weierstass’ elliptic function. (Some readers will have a font installed that will properly render ℘ and some not. More on the symbol ℘ here.)

One thought on “Function on cover of Abramowitz & Stegun”