The chaos game is played as follows. Pick a starting point at random. Then at each subsequent step, pick a triangle vertex at random and move half way from the current position to that vertex.

The result looks like a fractal called the Sierpinski triangle or Sierpinski gasket. 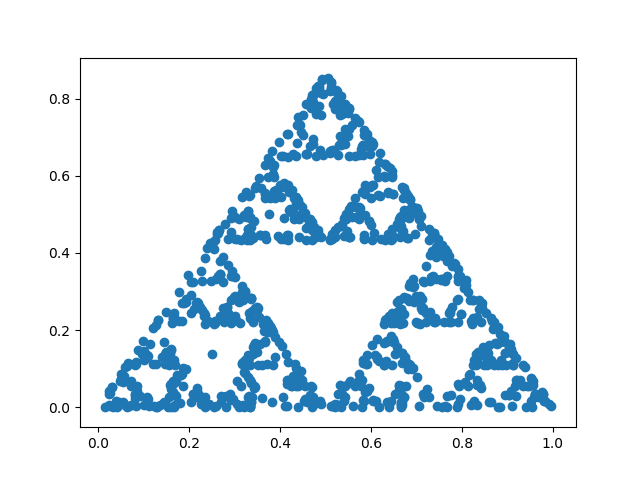 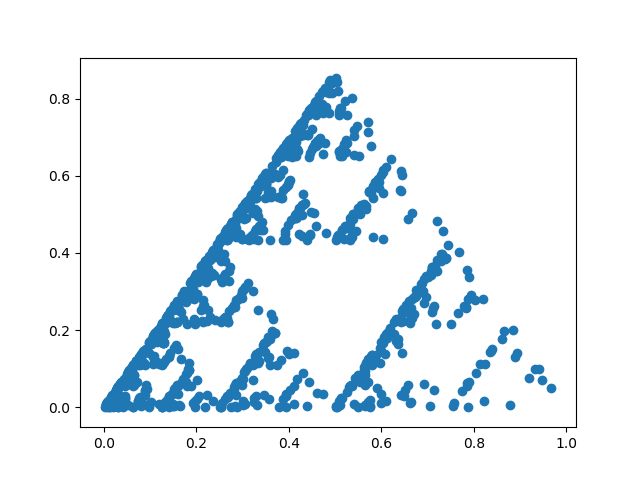 Update: Here’s an animated version that lets you watch the process in action.

Here’s Python code to play the chaos game yourself.

Update 2: Peter Norvig posted some Python code with variations on the game presented here, generalizing a triangle to other shapes. If you try the analogous procedure with a square, you simply get a square filled with random dots.

However, you can get what you might expect, the square analog of the Sierpinski triangle, the product of a Cantor set with itself, if you make a couple modifications. First, pick a side at random, not a corner. Second, move 1/3 of the way toward the chosen side, not 1/2 way.

Here’s what I got with these changes: 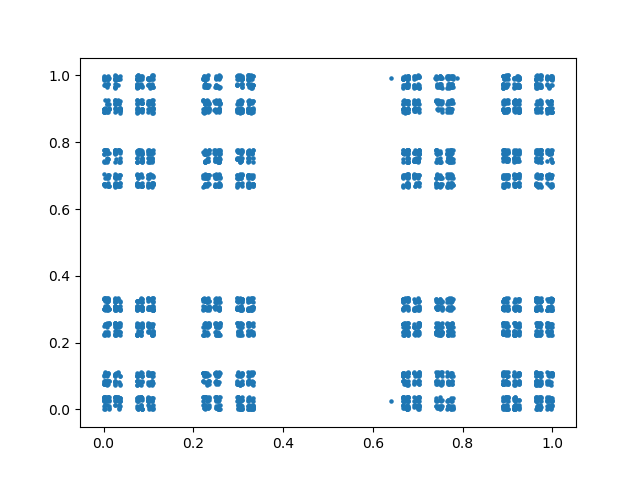 11 thoughts on “The chaos game and the Sierpinski triangle”