Iteration of the quadratic function f(x) = 4x(1-x) is a famous example in chaos theory. Here’s what the first few iterations look like, starting with 1/√3. (There’s nothing special about that starting point; any point that doesn’t iterate to exactly zero will do.) 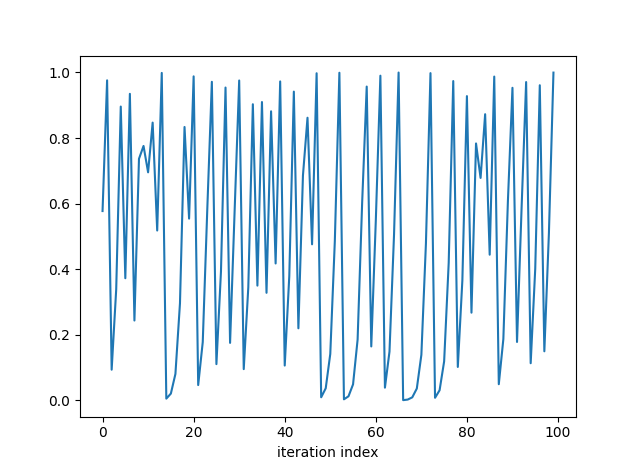 The values appear to bounce all over the place. Let’s look at a histogram of the sequence. 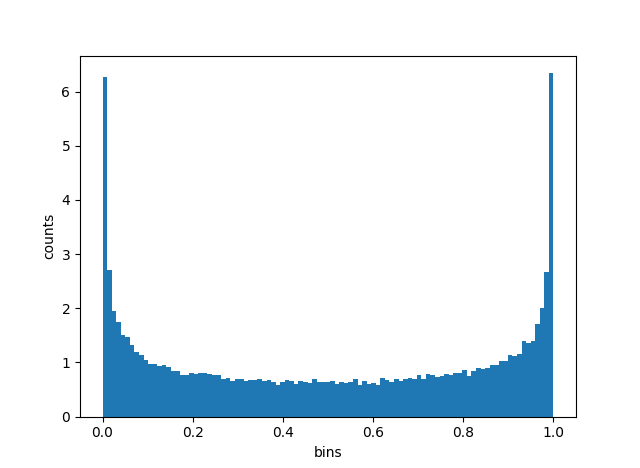 Indeed the points do bounce all over the unit interval, though they more often bounce near one of the ends.

The graph below adds the beta(1/2, 1/2) density to the histogram to show how well it fits. 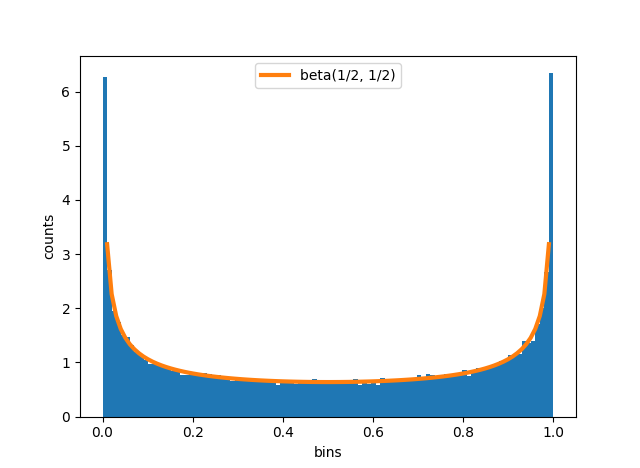 Here’s the Python code that produced the graphs above.

4 thoughts on “Chaos and the beta distribution”