Probability has surprising uses, including applications to things that absolutely are not random. I’ve touched on this a few times. For example, I’ve commented on how arguments about whether something is really random are often moot: Random is as random does.

This post will take non-random uses for probability in a different direction. We’ll start with discussion of probability and end up proving a classical analysis result.

Here’s a histogram of random samples from Xn/n. 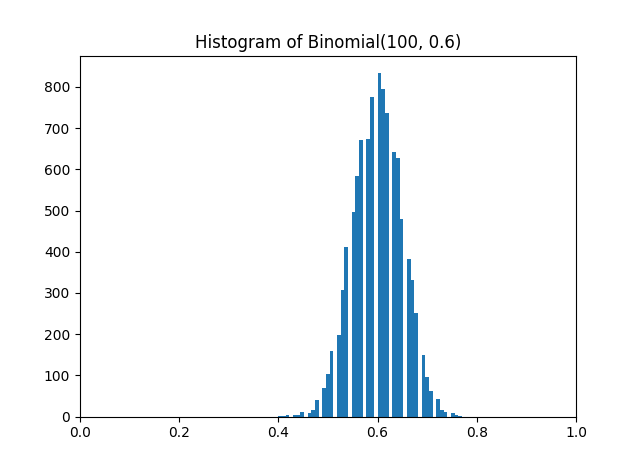 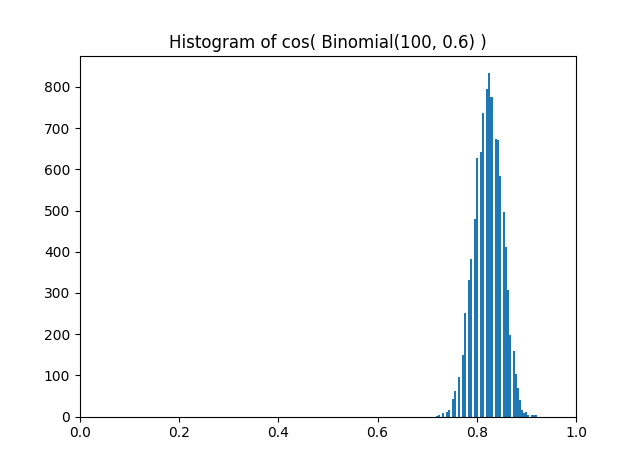 As n gets large, the expected value of f(Xn/n) converges to f(p). (You could make all this all rigorous, but I’ll leave out the details to focus on the intuitive idea.)

Now write out the expected value of f(Xn/n).

Up to this point we’ve thought of p as a fixed probability, and we’ve arrived at an approximation result guided by probabilistic thinking. But the expression above is approximately f(p) regardless of how we think of it. So now let’s think of p varying over the interval [0, 1].

This is one of my favorite proofs. When I saw this in college, it felt like the professor was pulling a rabbit out of a hat. We’re talking about probability when all of a sudden, out pops a result that has nothing to do with randomness.

As the degree of the Bernstein polynomials increase, the error decreases. Also, note the vertical scale. Cosine of zero is 1, and so the errors here are small relative to the size of the function being approximated.