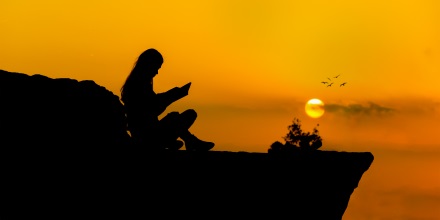 I heard somewhere that Pluto receives more sunlight than you might think, enough to read by, and that sunlight on Pluto is much brighter than moonlight on Earth. I forget where I heard that, but I’ve done a back-of-the-envelope calculation to confirm that it’s true.

Direct sun is between 30,000 and 100,000 lux (lumens per square meter). We’ll go with the high end because that’s an underestimate of how bright the sun would be if we didn’t have an atmosphere between us and the sun. So at high noon on Pluto you’d get at least 60 lux of sunlight.

Civil twilight is roughly enough light to read by, and that’s 3.4 lux. Moonlight is less than 0.3 lux.

60 lux would be comparable to indoor lighting in a hall or stairway.

3 thoughts on “Could you read on Pluto?”