Differential privacy adds Laplace-distributed random noise to data to protect individual privacy. Although it’s simple to generate Laplacian random values, the Laplace distribution is not always one of the built-in options for random number generation libraries.

The Laplace distribution with scale β has density 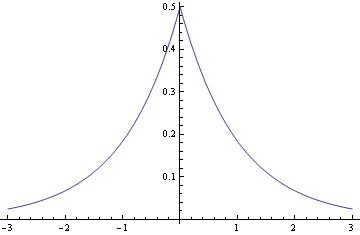 To generate samples from a Laplace distribution with scale β, generate two independent exponential samples with mean β and return their difference.

If you want to generate Laplace values in Python, you could simply use the laplace function in scipy.stats. But I’ll write a generator from scratch just to show what you might do in another environment where you didn’t have exponential or Laplace generators.

Related: Stand-alone numerical code, useful when you need a few common mathematical functions but are in an environment that doesn’t provide them, or when you want to avoid adding a library to your project.