Iterating simple rules can lead to complex behavior. Many examples of this are photogenic, and so they’re good for popular articles. It’s fun to look at fractals and such. I’ve written several articles like that here, such as the post that included the image below. 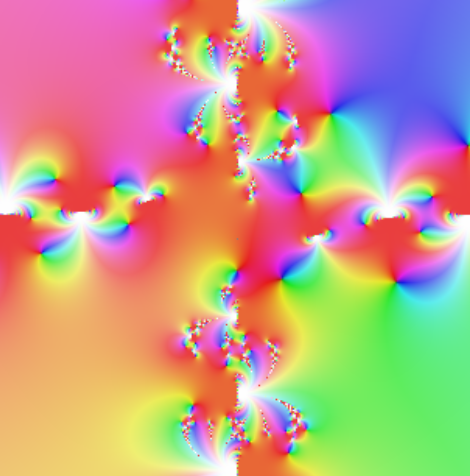 But there’s something in popular articles on complexity that bothers me, and it’s the following logical fallacy:

What fractals, cellular automata, and such systems show is that it is possible to start with simple rules and create a complex system. It says nothing about how often this happens. It does not follow that a particular complex system does in fact arise from iterating simple rules.

There’s a variation on the fallacy that says that while complex systems may not exactly come from iterating simple rules, it’s possible to approximate complex systems this way. Even that is dubious, as I discuss in The other butterfly effect.

At best I think these popular models serve as metaphors and cautionary tales. Strange attractors and such show that systems can exhibit unexpectedly complex behavior, and that forecasts can become useless when looking ahead too far. That’s certainly true more broadly.

2 thoughts on “A misunderstanding of complexity”