The other day I ran across the biochemical pathways poster from Roche. 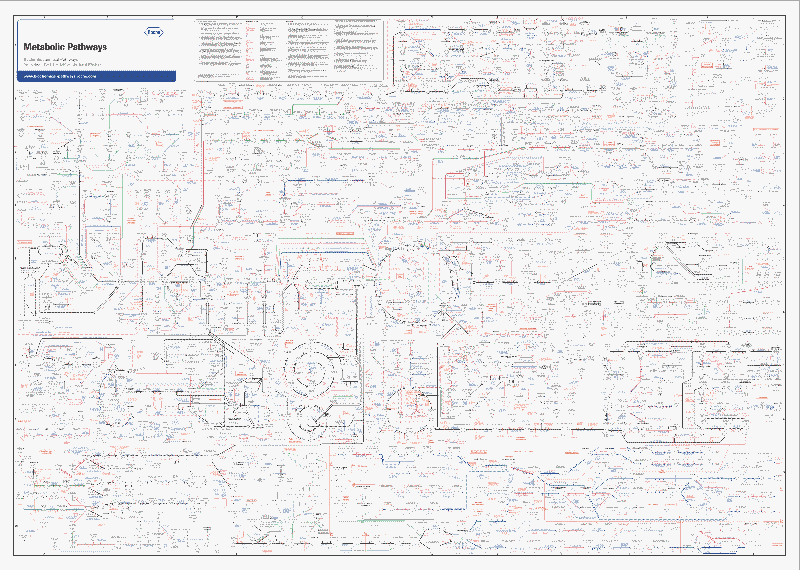 This is the first of two posters. Both posters are about 26 square feet in area. Below is a close up of about one square foot in the middle of the first poster. 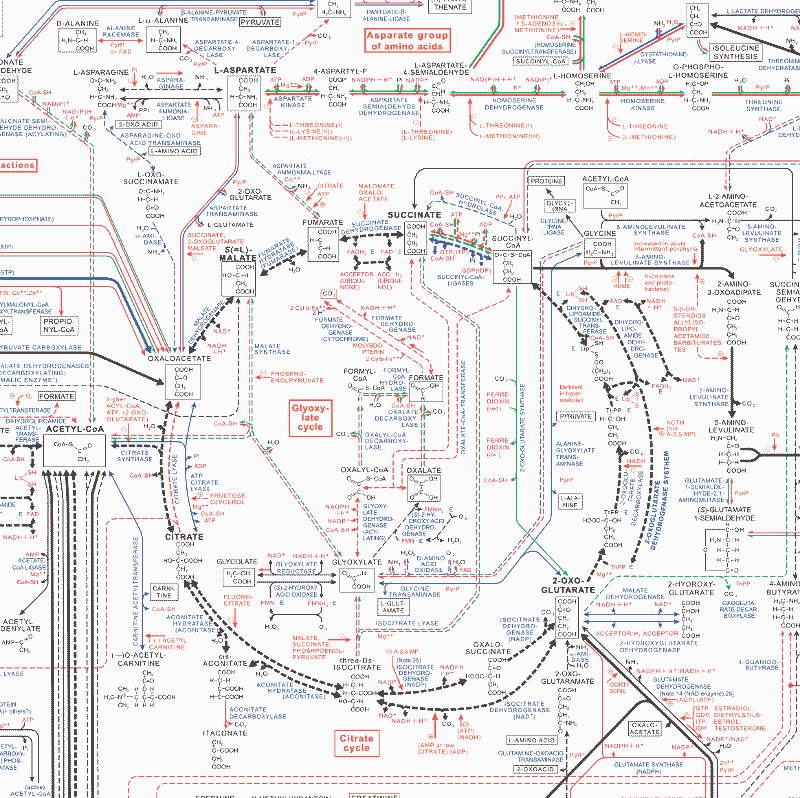 I’d seen this before, I think while I was working at MD Anderson Cancer Center, and it’s quite an impressive piece of work. A lot of work went into the production of the posters themselves, but the amount of hard-won knowledge the posters represent is mind-boggling. One little arrow on one poster might represent a career’s work.

A paper distributed with the charts explains that the pathways included represent a small selection of what is known.

Some indication of the degree of selection can be taken from the fact that in the present “Pathways” about 1,000 enzymes are shown. … Estimations of the number of proteins (with and without enzymatic activity) in a single mammalian cell are in the order of magnitude of 30,000.

I asked a Latin scholar, Lily Hart, what an appropriate aphorism would be, and she suggested the phrase memento complexitatis, which translates as “be mindful of complexity.” Another suggestion was omnia contexta sunt, meaning “all things have been braided.” As Rich Hickey explains in his popular video, complex literally means braided together.

Everything impacts everything. Independence is always a simplifying assumption. The assumption may be justified, but it is an assumption.

The poster is also a reminder that we need not throw up our hands in the face of complexity. Often the implication of mathematical discussions of complexity is that predicting the future is hopeless; there’s no point trying to understand the behavior of a complex system except in some abstract qualitative way. The Roche posters are inspiring reminders that with hard work, we can learn something about complex systems. In fact, over time we can learn quite a lot.

4 thoughts on “Reminder of complexity”