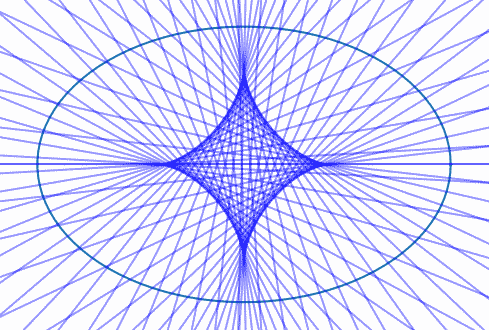 If we replace the ellipse with an egg, we get a similar shape, but less symmetric. 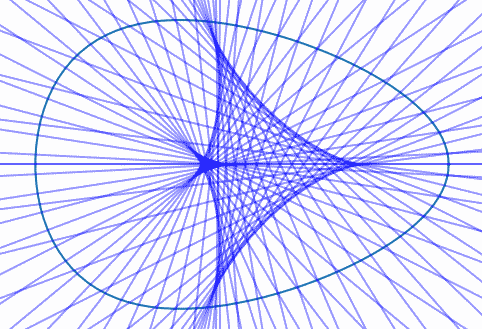 I made the lines slightly transparent, setting alpha = 0.4, so the graph would be darker where many lines cross.