There’s more than one way to sum an infinite series. Cesàro summation lets you compute the sum of series that don’t have a sum in the classical sense.

Suppose we have an infinite series

The nth partial sum of the series is given by

The classical sum of the series, if it exists, is defined to be the limit of its partial sums. That is,

and define the Cesàro summation to be the limit of the Cn as n goes to infinity. If a series has a sum in the classical sense, it also has a sum in the Cesàro sense, and the limits are the same. But some series have a Cesàro sum that do not have a classical sum. Or maybe both limits exist but the intermediate steps of Cesàro summation are better behaved, as we’ll see in an example below.

In other words, the nth Cesàro partial sum is a reweighting of the classical partial sums, with the weights changing as a function of n. Note that for fixed i, the fraction multiplying ai goes to 1 as n increases. 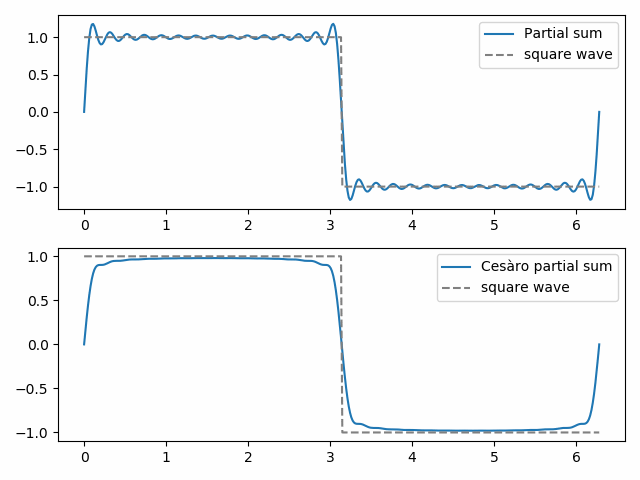 One thought on “Cesàro summation”