Suppose you have two sinusoidal functions with the same frequency ω but with different phases and different amplitudes:

Then their sum is another sine wave with the same frequency

Note that this includes cosines as a special case since a cosine is a sine with phase shift φ = 90°. 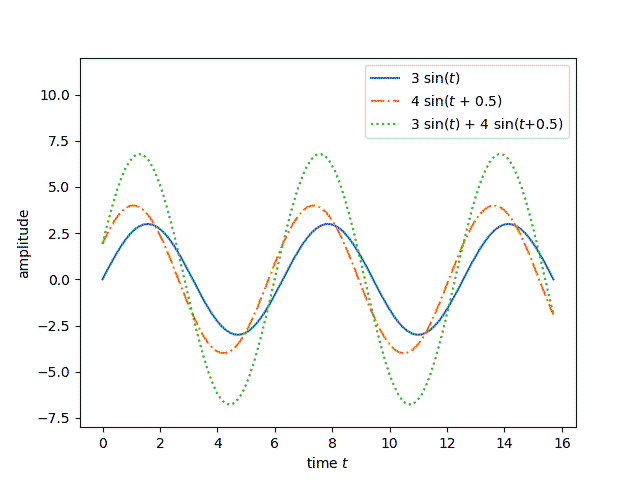 Finding the amplitude and phase

Therefore if they also satisfy the same initial conditions y(0) and y‘(0) then they’re the same function.

and their derivatives are equal at 0 if

Once we have ψ, we solve for C and find

Special case of sine and cosine

A linear, time-invariant system can differentiate or integrate signals. It can change their amplitude or phase. And it can add two signals together.