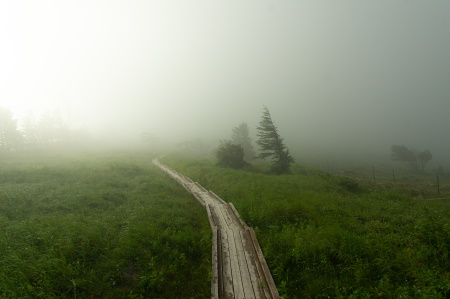 Sometimes you feel like you’re running around in circles, not making any progress, when you’re on the verge of a breakthrough. An illustration of this comes from integration by parts.

A common example in calculus classes is to integrate ex sin(x) using integration by parts (IBP). After using IBP once, you get an integral similar to the one you started with. And if you apply IBP again, you get exactly the integral you started with.

At this point you believe all is lost. Apparently IBP isn’t going to work and you’ll need to try another approach.

But then the professor pulls a rabbit out of a hat. By moving the integral on the right side to the left, you can solve for the unknown integral in terms of the debris IBP left along the way.

So you weren’t going in circles after all. You were making progress when it didn’t feel like it.

It’s not that gathering unknowns to one side is a new idea; you would have seen that countless times before you get to calculus. But that’s not how integration usually works. You typically start with the assigned integral and steadily chip away at it, progressing in a straight line toward the result. The trick is seeing that a simple idea from another context can be applied in this context.

In the calculation above we first let u = ex and v’ = sin(x) on the left. Then when we come to the first integral on the right, we again set u = ex and this time v’ = cos(x).

But suppose you come to the second integral and think “This is starting to look futile. Maybe I should try something different. This time I’ll let ex be the v‘ term rather than the u term.” In that case you really will run in circles. You’ll get exactly the same expression on both sides.

It’s hard to say in calculus, or in life in general, whether persistence or creativity is called for. But in this instance, persistence pays off. If you set u to the exponential term both times, you win; if you switch horses mid stream, you lose.

Another way to look at the problem is that the winning strategy is to be persistent in your approach to IBP, but use your creativity at the end to realize that you’re nearly done, just when it may seem you need to start over.

If you’d like to read more about coming back where you started, see Coming full circle and then this example from signal processing.

4 thoughts on “Not quite going in circles”