Last night a friend from Vanderbilt, Father John Rickert, sent me a curious math problem. (John was a PhD student in the math department while I was a postdoc. He went on to become a Catholic priest after graduating.) He said that if you look at iterates of 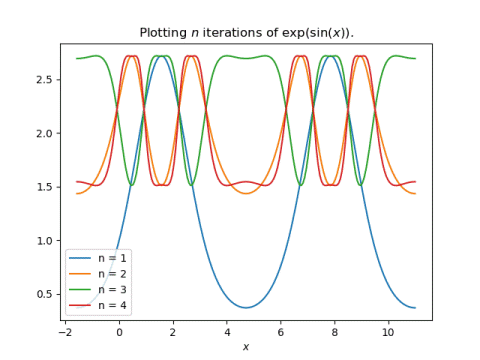 One thing that is apparent is that there’s a big difference between applying f once and applying it at least two times. The former can range between 1/e and e, but the latter must be between exp(1/e) and e.

The plots overlap in a way that’s hard to understand, so let’s spread them out, plotting one iteration at a time. 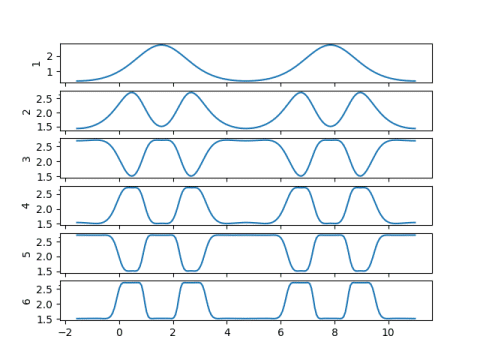 Now we can see the plots becoming flatter as the number of iterations increases. We can also see that even and odd iterations are roughly mirror images of each other. This suggests we should make a plot of at just even or just odd iterates. Here we go: 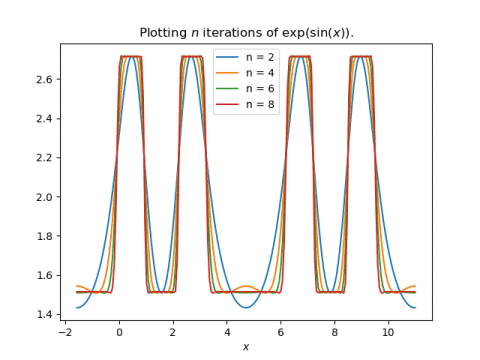 This shows more clearly how the plots are squaring off pretty quickly as the number of iterations increases.

This produced the plot below. 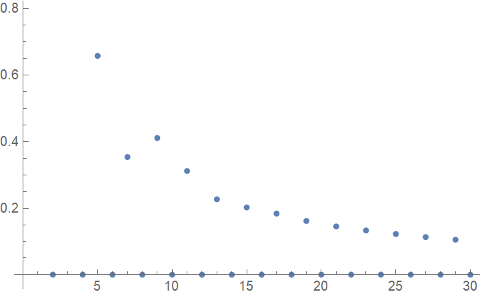 By the way, if you replace sine with cosine, you get similar plots, but with half as many flat spots per period.

One thought on “Unexpected square wave”