Start anywhere in the complex plane with integer coordinates and walk west one unit at a time until you run into Gaussian prime [1]. Then turn left (counterclockwise) 90° and keep taking unit steps. Apparently this process will often (always?) return you to your starting point.

Different starting points lead to different patterns. Here’s an example given in the post, starting at 3 + 5i. 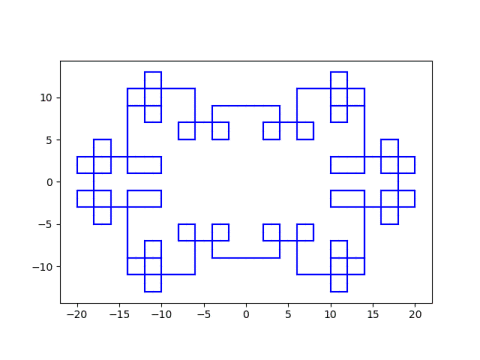 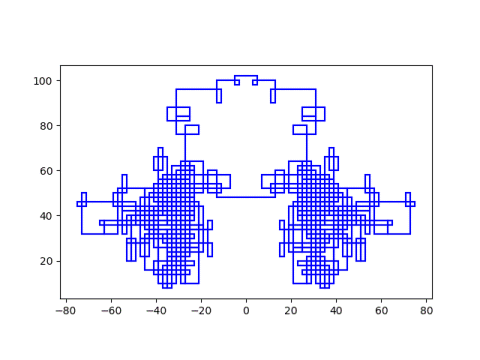 Here’s the code that made the plots. (Note that Python uses j rather than i for imaginary unit.)

Why is this definition so complicated? It’s actually a theorem. There’s a natural generalization of what it means to be prime in a commutative ring, and it works out that an element the Gaussian integers is prime if and only if the above criteria hold.

In general, a non-zero element p of a commutative ring R is prime if whenever p divides a product ab, p must either divide a or divide b.

4 thoughts on “At the next prime, turn left”