I was curious about the orders of the sporadic groups, specifically their prime factors, so I made a bar graph to show how often each factor appears.

To back up a little bit, simple groups are to groups roughly what prime numbers are to integers. Finite simple groups have been fully classified, and they fall into several infinite families of groups, except for 26 misfits, the so-called sporadic groups. The largest of these is nicknamed The Monster and has surprising connections to various areas of math. 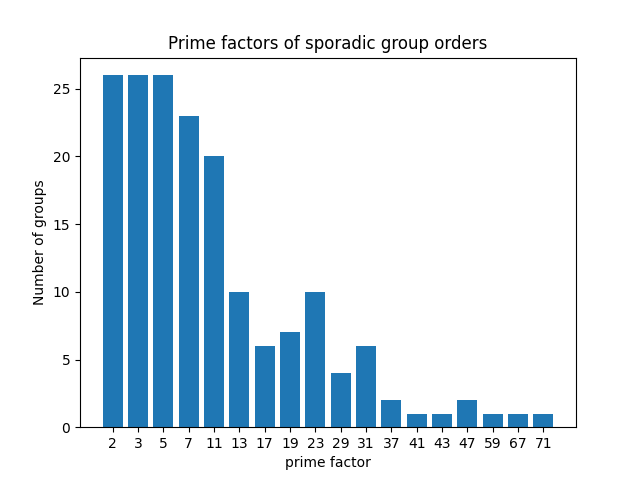 I don’t know whether there’s any significance to these patterns. Maybe they’re a simple consequence of things that people who work in this area know. I’m just noodling around here.

The Python code that produced the plot is given below.