I recently ran across an article on MathWorld about Glasser’s function. The function is defined by 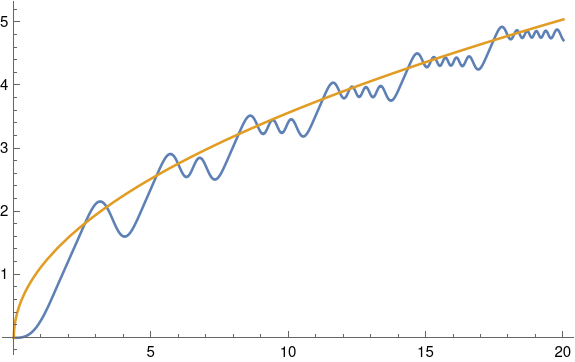 This plot was made with the following Mathematica commands.

The integral cannot be done in closed form, but has a number of remarkable properties, the foremost of which is that the first “hump” has a single subhump, the second hump has two subhumps, and so on.

To get a clearer view of these humps and “subhumps”, let’s subtract off the asymptotic value. 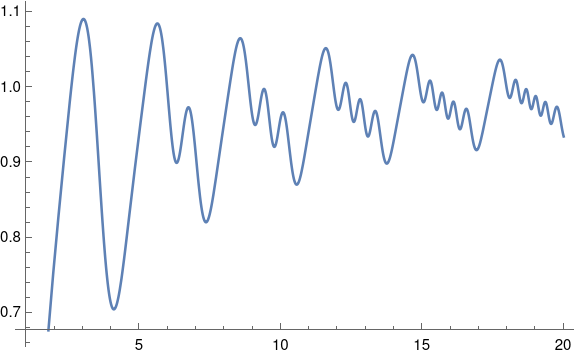 This was made using

Ordinarily Mathematica chooses the number of plot points well, but the default led to an artificial flat spot on the graph so I manually increased the number of points.

What MathWorld is calling a “hump” is a record maximum as you view the plot from left to right. That is, each one is a global maximum over the interval [0, x + ε] where x is the location of the hump.

The humps seem to be evenly spaced. Is that the case?

By the fundamental theorem of calculus, the derivative of G(x) is the integrand of the integral defining G. 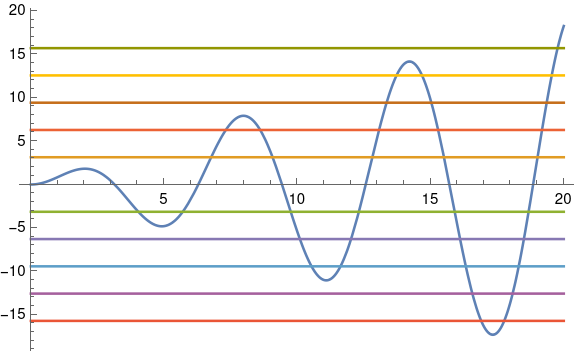 This was produced with the following code.

The first differences of these values are

and so the distance between humps is roughly 3 and is increasing slowly. Perhaps it continues to increase, asymptotically approaching a constant distance.