This post is about understanding the following plot. If you’d like to read more along these lines, see [1]. 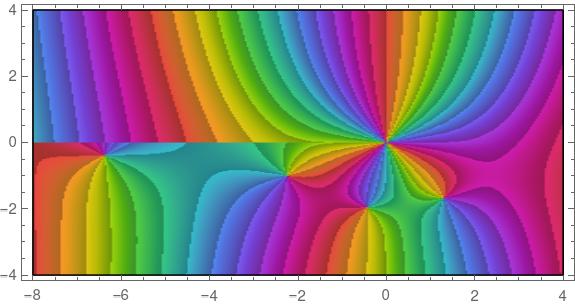 The plot was made with the following Mathematica command.

Here’s a plot of the identity function f(z) = z to show how the color rotation works. 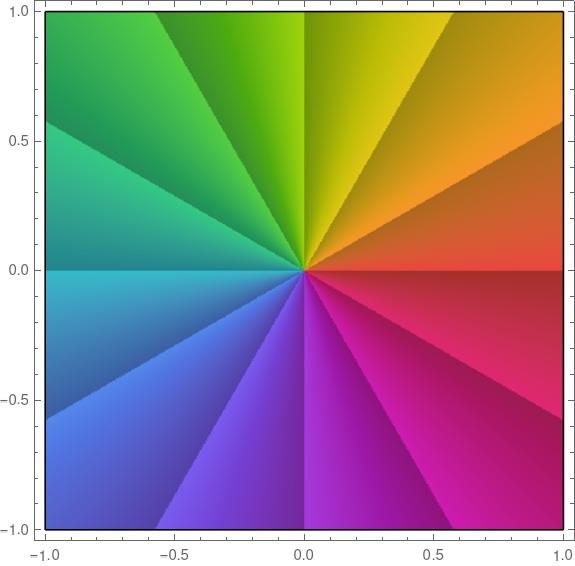 You can see from the plot at the top that our function has a pole at 0. In fact, it’s a pole of order three because you go through the ROYGBIV cycle three times clockwise as you circle the origin.

The colors in our plot vary continuously, except on the left side. There’s a discontinuity in our colors above and below the real axis. That’s because the function we’re plotting has a branch cut from -∞ to 0. The discontinuity isn’t noticeable near the origin, but it becomes more noticeable as you move away from the origin to the left.

Here’s a 3D plot to let us see the branch cut more clearly. 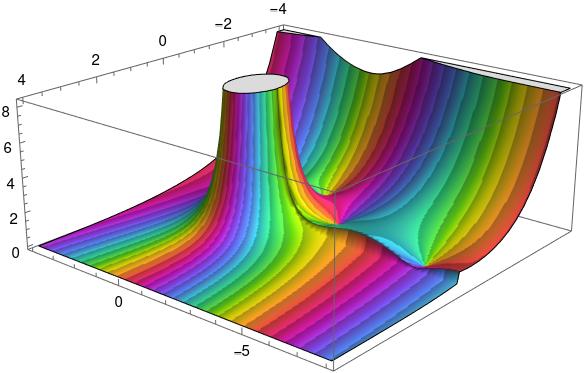 Here color represents phase as before, but now height represents absolute value, the r in our polar representation. The flat plateau on top is an artifact. The function becomes infinite at 0, so it had to be cut off.

You can see a seam in the graph. There’s a jump discontinuity along the negative real axis, with the function taking different values as you approach the real axis from the second quadrant or from the third quadrant.

This came up in a previous post, Architecture and math, but I didn’t say anything about it. Here’s a plot from that post. 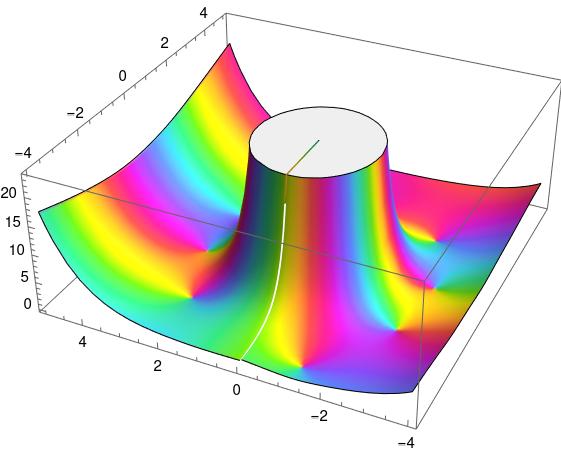 Why is there a little radial line on top where the graph was chopped off? And why is there a white streak below it? That’s evidence of a branch cut, though the discontinuity is small in this graph. You’ll notice color swirls around the base of the mesa. The colors swirl counterclockwise because they’re all at zeros. But you’ll notice the colors swirl clockwise as you go around the walls of the mesa. In fact they swirl around 5 times because there’s a pole of order 5 at the origin.

2 thoughts on “Reading plots of a complex function”