I wrote a while back about the function

The direct implementation has a discontinuity at π/2 but I needed to extend it continuously. Using the two-argument version of inverse tangent fixes this. In Python, the implementation is

Here are plots of the direct and improved version. 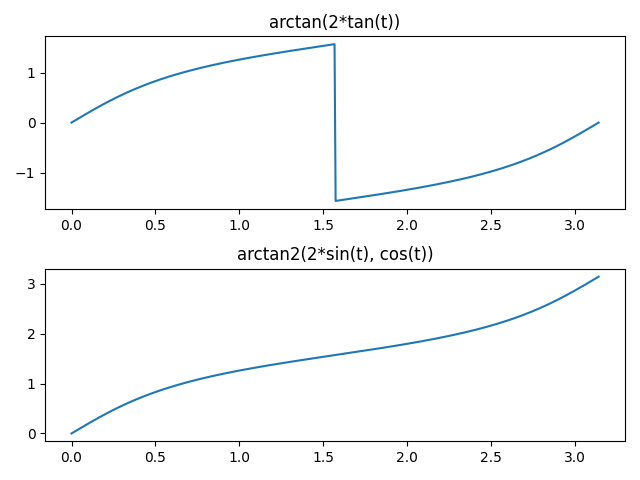 Mathematica does not have a function ArcTan2. Instead, it overloads the ArcTan function to take either one or two arguments. But beware: the two-argument version of ArcTan in Mathematica takes its arguments in the opposite order of functions like atan2 in C.

This extends the continuous range from [0, π/2] to [0, π], but there’s still a discontinuity at π. The trick to extending further is to reduce the argument mod π, subtract off the reduced argument, then add the original argument back in. In Python:

This plot shows the extension works. 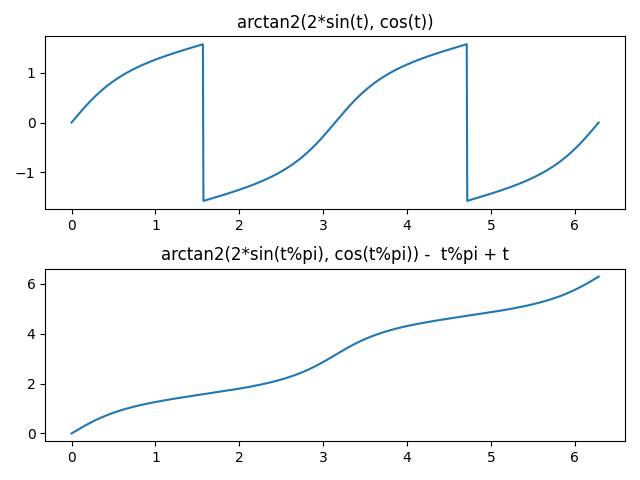 Now the function extends smoothly to the entire real line. 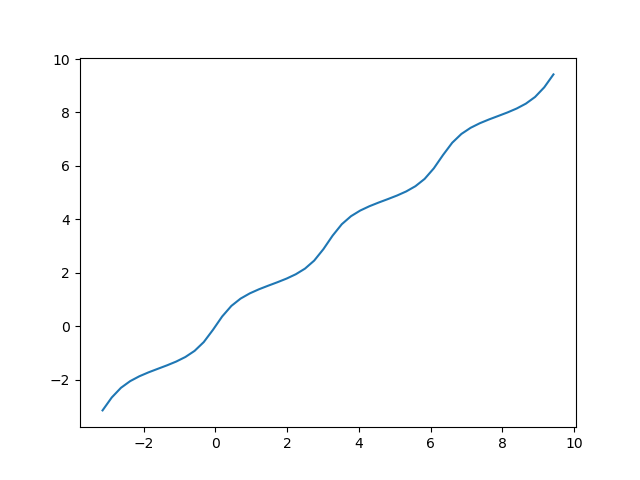 Here’s a Mathematica implementation of the smooth extension.

The function g(x, k) is an increasing function of x for fixed k ≠ 0, and its inverse is the same function replacing k with 1/k:

Here’s a plot of the function g with the linear trend subtracted, letting k vary from 1 to 10. 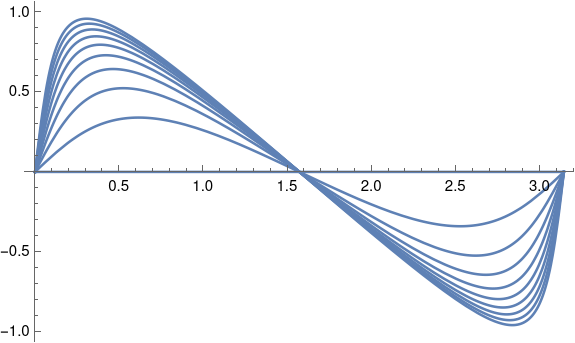 This was made with the following code.

This plot looks similar to the plot of true anomaly for a highly elliptical orbit. I’m sure they’re related, but I haven’t worked out exactly how.

If we add back in the linear trend that we’d subtracted off, we see that for large k, g(x, k) is a smooth approximation to a stairstep function, analogous to the soft maximum function. 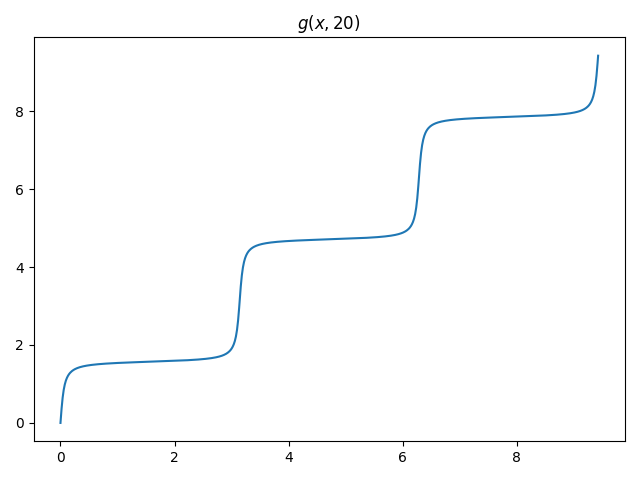