This post will show how to find the length of piece of an ellipse and explain what elliptic integrals have to do with ellipses.

Assume we have an ellipse centered at the origin with semi-major axis a and semi-minor axis b. So a > b > 0, the longest diameter of the ellipse is 2a and the shortest is 2b. The ellipse can be parameterized by

Special case: quarter of an ellipse

Let’s first find the perimeter of a 1/4 of the ellipse. 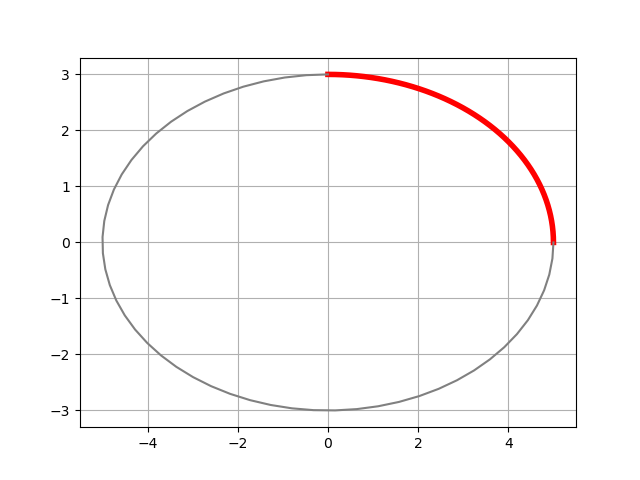 This is given by the integral

because E, the “elliptic integral of the second kind,” is defined by

Therefore the perimeter of the entire ellipse is 4E(1 – b²a²). Let’s define

for the rest of the post. Incidentally, m = e² where e is the eccentricity of the ellipse.

Now let’s find the length of an arc where t ranges from 0 to T and T is not necessarily π/2. 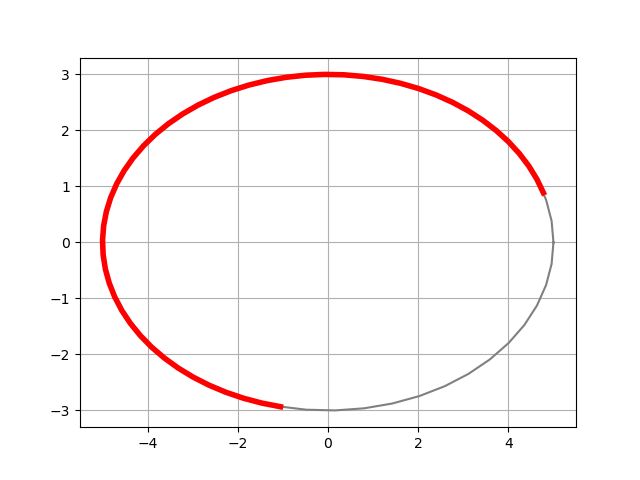 The derivation is similar to that above.

where E, now with two arguments, is the “incomplete elliptic integral of the second kind” defined by

It is “incomplete” because we haven’t completed the integral by integrating all the way up to π/2.

The elliptic integrals are so named because they came out of the problem we’re looking at in this post. The integrals cannot be computed in elementary terms, so we introduce new functions that are defined by the integrals. I expand this idea in this post.

NB: We are specifying arcs by the range of our parameterization parameter t, not by the angle from the center of the ellipse. If our ellipse were a circle the two notions would be the same, but in general they are not. The central angle θ and the parameter T are related via

I wrote about this here.

The tests pass. This increases our confidence that the derivation above is correct.