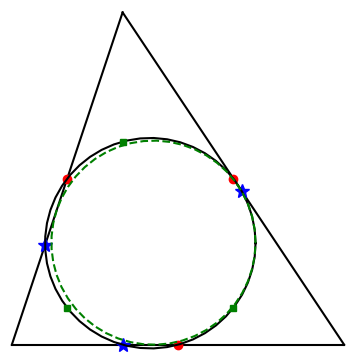 If we extend the sides of the triangle, an excircle is a circle tangent to one side the original triangle and to the extensions of the other two sides. 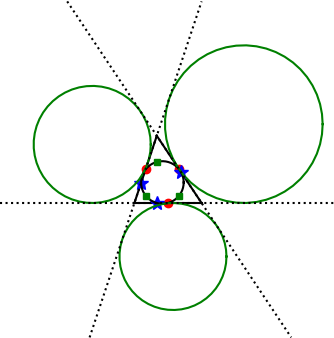