This post will look at approximating sin(πx) over [-1, 1] with fifth degree polynomials. 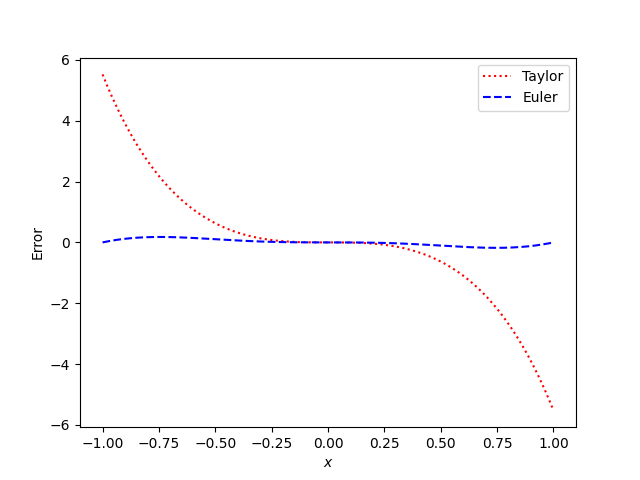 Very near 0 the Taylor approximation is more accurate, but over an entire period of sine, the polynomial based on Euler’s series is much better.

But we can do even better by using a fifth order polynomial based on the first few terms of a Chebyshev series to approximate sine. 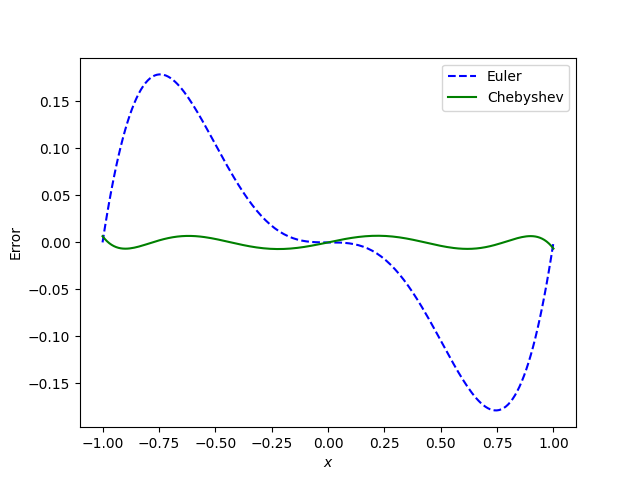 Chebyshev series may not have minimal sup-norm error, but there is a theorem that says they are never far from optimal. See the bottom of this post.