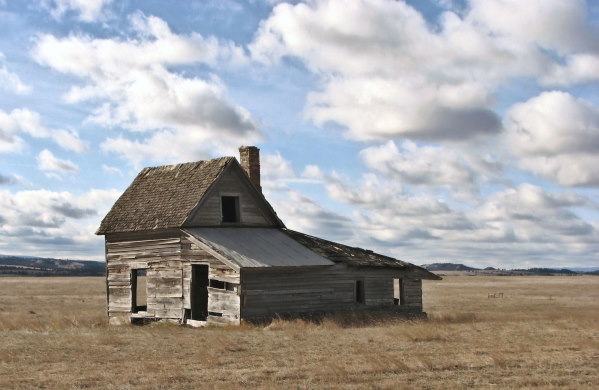 My family loves the Little House on the Prairie books. We read them aloud to our three oldest children and we’re in the process of reading them with our fourth child. We just read the chapter describing when the entire Ingalls family came down with malaria, or “fever ‘n’ ague” as they called it.

The family had settled near a creek that was infested with mosquitoes. All the settlers around the creek bottoms came down with malaria, though at the time (circa 1870) they did not know the disease was transmitted by mosquitoes. One of the settlers, Mrs. Scott, believed that malaria was caused by eating the watermelons that grew in the creek bottoms. She had empirical evidence: everyone who had eaten the melons contracted malaria. Charles Ingalls thought that was ridiculous. After he recovered from his attack of malaria, he went down to the creek and brought back a huge watermelon and ate it. His reasoning was that “Everybody knows that fever ‘n’ ague comes from breathing the night air.”

It’s easy to laugh at Mrs. Scott and Mr. Ingalls. What ignorant, superstitious people. But they were no more ignorant than their contemporaries, and both had good reasons for their beliefs. Mrs. Scott had observational data on her side. Ingalls was relying on the accepted wisdom of his day. (After all, “malaria” means “bad air.”)

People used to believe all kinds of things that are absurd now, particularly in regard to medicine. But they were also right about many things that are hard to enumerate now because we take them for granted. Stories of conventional wisdom being correct are not interesting, unless there was some challenge to that wisdom. The easiest examples of folk wisdom to recall may be the instances in which science initially contradicted folk wisdom but later confirmed it. For example, we have come back to believing that breast milk is best for babies and that a moderate amount of sunshine is good for you.

4 thoughts on “Malaria on the prairie”