Last week I wrote about Jentzsch’s theorem. It says that if the power series of function has a finite radius of convergence, the set of zeros of the partial sums of the series will cluster around and fill in the boundary of convergence.

This post will look at the power series for the gamma function centered at 1 and will use a different plotting style. 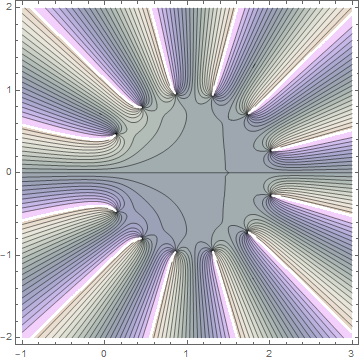 The radius of convergence is 1 because the gamma function has a singularity at 0. (The radius of convergence is the distance from the center of the power series to the nearest singularity.) Contour lines correspond to constant phase. The gamma function is real for real arguments, and so you can see the real axis running through the middle of the plot because real numbers have zero phase. The contour lines meet at zeros, which you can see are near a circle of radius 1 centered at z = 1. 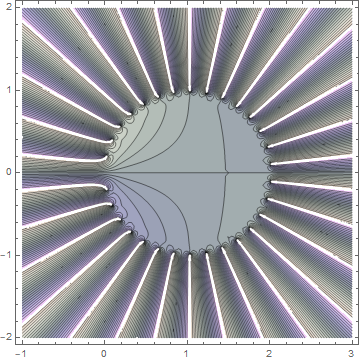 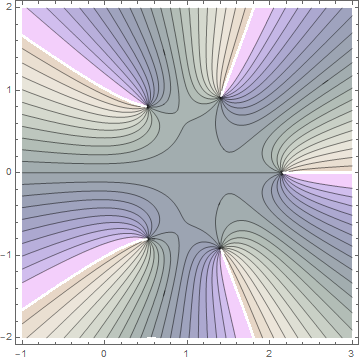 Here’s the Mathematica code that was used to create the images.

Similarly, the call to Normal tells Mathematica not to carry around a symbolic error term O(x - 1)13.