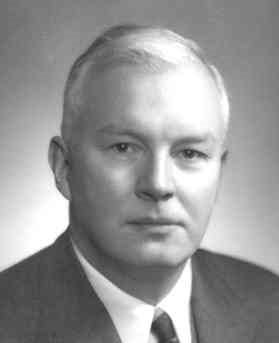 If you’ve taken calculus then you saw this in the context of Fubini’s theorem:

The first time you see this you may think it’s a definition, but it’s not. You can define the integral on the left directly, and it will equal the result of the two nested integrations on the right. Or at least the two sides will often be equal. The conditions on Fubini’s theorem tell you exactly when the two sides are equal.

A more sophisticated version of the same trick occurs in partial differential equations. If you have an evolution equation, a PDE for a function on one time variable and several space variables, you can think of it as an ODE via currying. For each time value t, you get a function of the spatial variables. So you can think of your solution as a path in a space of functions. The spatial derivatives specify an operator on that space of functions.

(I’m glossing over details here because spelling everything out would take a lot of writing, and might obscure the big idea, which relevant for this post. If you’d like the full story, you can see, for example, my graduate advisor’s book. It was out of print when I studied it, but now it’s a cheap Dover paperback.)

In the Haskell programming language (also named after Haskell Curry) you get currying for free. In fact, there’s no other way to express a function of two variables. For example, suppose you want to implement the function f(x, y) = x² + y.

Technically, Haskell, just like lambda calculus, only has functions of one variable. You could create a product datatype consisting of a pair of variables and have your function take that as an argument, but it’s still a function on one variable, though that variable is not atomic.

The way you’d formalize currying in category theory is to say that the following is a natural isomorphism:

For more on what Hom means, see this post.

[1] In concordance with Stigler’s law of eponymy, currying was not introduced by Curry but Gottlob Frege. It was then developed by Moses Schönfinkel and developed further by Haskell Curry.

7 thoughts on “Currying in calculus, PDEs, programming, and categories”