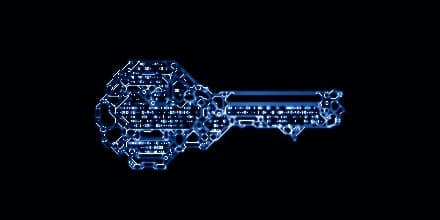 In the previous post, I mentioned that modal logic has a lot of interpretations and a lot of axiom systems. It can also have a lot of operators. This post will look at Security Logic, a modal logic for security applications based on a seminal paper by Glasgow et al [1]. It illustrates how modal and temporal logic can be applied to computer security, and it illustrates how a logic system can have a large number of operators and axioms.

Security Logic starts with operators Ki that extend the box operator □. For a proposition p, Ki p is interpreted as saying that the ith agent knows p to be true. Glasgow et al chose the following axioms for inference regarding Ki.

This is not to claim that these propositions are universal metaphysical truths, only modeling assumptions. It may be possible, for example, to know something without knowing that you know it, but that’s a subtle matter excluded from this model.

Temporal logic is modal logic with operators interpreted as applying to propositions over time. Glasgow et al introduce three temporal operators: ∀□, ∀◇, and  ∃□. Note that each of these is a single operator; there is no box or diamond operator in Security Logic.

The ∃□ and ∀□ operators are dual in the same sense that the basic modal operators □ and ◇ are dual:

Security Logic not give axioms for ∃□ because its behavior is determined by the axioms for ∀□.

The three temporal logic axioms for Security Logic are as follows.

Obligation and permission are dual, just as necessity and possibility are dual and the always and sometimes operators are dual.

When obligation and permission are combined with knowledge, Security Logic introduces the following abbreviations.

You are permitted to know all tautologies.
Whatever is permitted must be true.
Permission holds through conjunction and disjunction.
Whatever is obligatory must be permissible.

One thought on “Modal and temporal logic for computer security”