Suppose you have a mass suspended by the combination of a spring and a rubber band. A spring resists being compressed but a rubber band does not. So the rubber band resists motion as the mass moves down but not as it moves up. In [1] the authors use this situation to motivate the following differential equation:

If a = b then we have a linear equation, an ordinary damped, driven harmonic oscillator. But the asymmetry of the behavior of the rubber band causes a and b to be unequal, and that’s what makes the solutions interesting.

Here’s an example of complex behavior. 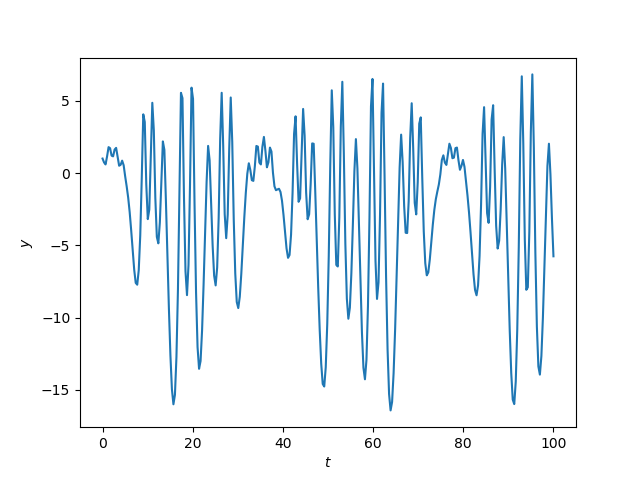 Here’s the Python code that produced the plot.

In a recent post I said that I never use non-ASCII characters in programming, so in the code above I did. In particular, it was nice to use λ as a variable; you can’t use lambda as a variable name because it’s a reserved keyword in Python.

Update: Here’s a phase portrait for the same system. 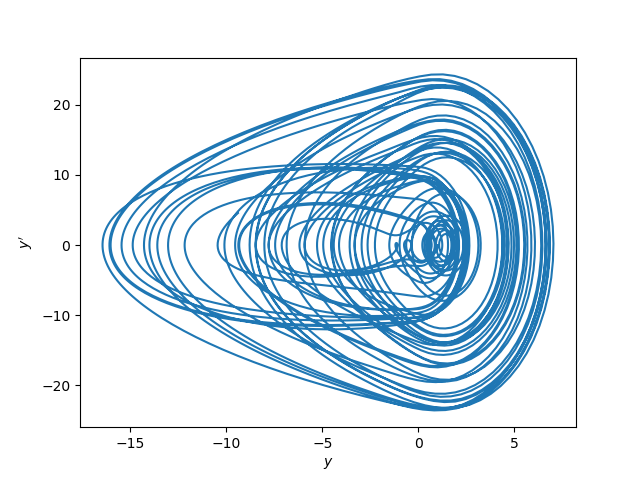 2 thoughts on “A spring, a rubber band, and chaos”